The Centre had announced the loan package in two tranches -- first in June 2018 amounting to Rs 4,440 crore and the other in March 2019 of Rs 10,540 crore. The objective was to help millers in clearing cane arrears and divert surplus sugar for ethanol manufacturing 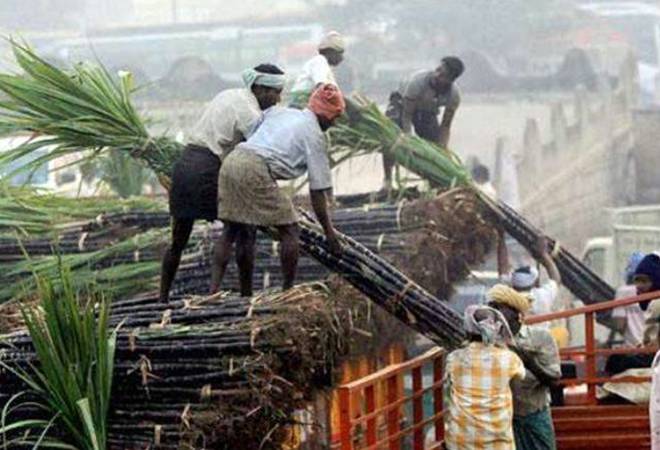 A moratorium period is a time during the loan term when the borrower is not required to make any repayment.

The Centre had announced the loan package in two tranches -- first in June 2018 amounting to Rs 4,440 crore and the other in March 2019 of Rs 10,540 crore. The objective was to help millers in clearing cane arrears and divert surplus sugar for ethanol manufacturing.

A soft loan is a loan that is given at a subsidised interest rate.

"When the soft loan scheme was launched to augment ethanol production in the country, one year moratorium was provided. This has now been extended to 1.5 years in the interest of sugar mills and farmers," a highly placed source said.

A notification in this regard will be issued soon, the source added.

Of 418 applications for the loan, the food ministry has found 282 eligible. Of this, 114 applications have been cleared for loans amounting to Rs 6,139.08 crore, as per official data.

However, banks have sanctioned the loan to 45 applicants and disbursed Rs 900 crore to 33 applicants till September-end, the data showed.

The soft loan package is being implemented by the food ministry, which provides a list of eligible loan applicants to banks for further process.

According to industry experts, only 5-6 per cent of the total soft loan amount of Rs 15,000 crore announced under the scheme has been disbursed so far by banks.

The sugar industry is of the view that much of the time is being wasted in the first screening at the ministry level. Ideally, banks should check the eligibility criteria and sanction the loan amount accordingly.

"In this process, the scheme has not been able to take off properly. The scheme was launched in June 2018 and still the ministry is screening the applications. At this pace, mills may not benefit from the scheme. It takes at least 18 months to establish an ethanol unit," another industry official said.

Sugar mills have supplied 175 crore litres of ethanol to oil marketing companies (OMCs) till October 22 of the 2018-19 season (October-September) and helped them achieve 5.2 per cent blending with petrol, as per industry data.

The soft loan was announced to improve liquidity of mills, reduce sugar inventory and facilitate timely clearance of cane dues of farmers.

However, cane arrear still remains high at Rs 9,000 crore so far this year based on the sugarcane price fixed by both the Centre and states, as per the ministry data.

There is a sugar glut in India, the world's second largest sugar producer after Brazil. The country had produced 32.5 million tonne and 33.1 million tonne in 2017-18 and 2018-19 seasons (October-September), respectively, much higher than the domestic consumption of 25 million tonne.