The BIS norms have been framed to cover the provisions of protective helmets for everyday use by the scooter and motorcycle riders. 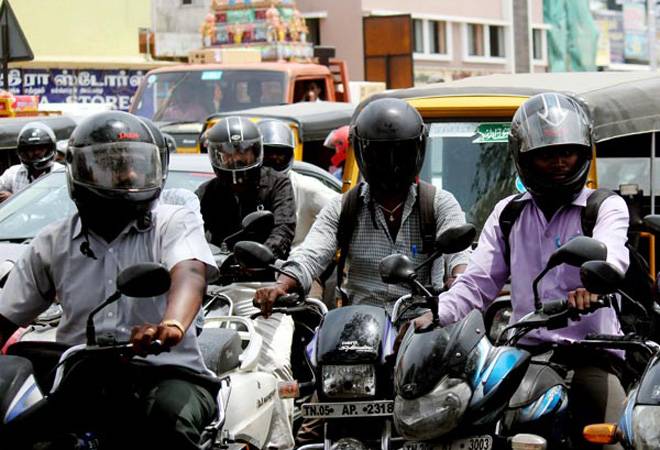 In a relief for people who don't like to put on heavy or bulky helmets while riding a bike or scooter, the government has issued new guidelines under which new helmets should not weigh more than 1.2kg, at least 300gm lighter than the previous limit of 1.5kg. The ministry of transport has said the selling of helmets without complying with the BIS (Bureau of Indian Standard) norms would be considered an offence. Apart from helping to reduce the number of accidents that happen every year, the new norms could also bring down the sale of low-quality helmets.

The BIS norms have been framed to cover the provisions of protective helmets for everyday use by the scooter and motorcycle riders. All helmet manufacturers will have to comply with these BIS norms to continue their operation. Manufacturers have at least six months to comply before the new guidelines will come into effect from January 15, 2019.

Under the new guidelines, helmets should also have ventilation holes in them so that riders don't feel uncomfortable during their journey. The government has also decided to impose heavy penalty on those using alternate means as helmets such as caps, industry helmets, cricket helmets, etc.

Reports suggest the ministry is also planning to reduce the price of ISI-marked helmets as it could encourage more people to use quality helmets. However, it is unlikely that the government will allow any compromise on the quality front it has already made it clear that all manufacturers will have to abide by the BIS certification norms.

Meanwhile, the Two-Wheeler Manufacturer Association has hailed the government decision to introduce new norms to make helmets lighter and stronger.  "The new standards are designed in accordance to Indian speed limits and riding conditions hence these will be more appropriate to design and manufacture two-wheeler helmet for gen next," association President Rajeev Kapur said, reported Bike India.