The proposal of the shipping ministry is expected to provide direct and indirect jobs to one crore youth over the next five years. 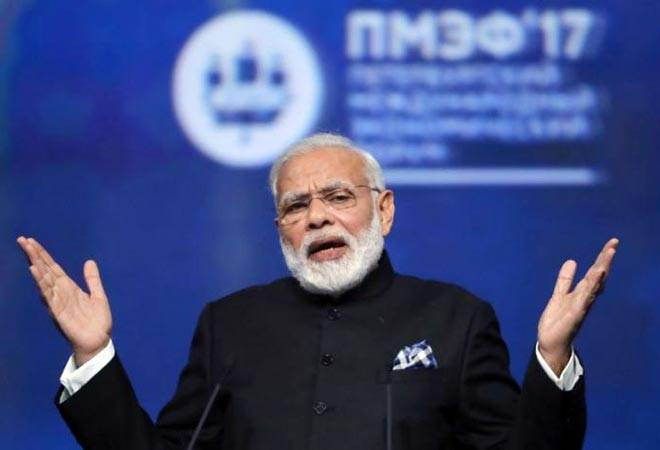 The Modi government has long been criticised for jobless growth, especially after making it a key electoral promise back in 2014. But it hopes to address the issue with its ambitious plans for 14 mega national employment zones, which has finally moved a step forward.

The project appraisal and management division of think tank NITI Aayog has given its go-ahead to the Rs 1 lakh crore proposal of the shipping ministry that is expected to provide direct and indirect jobs to one crore youth over the next five years, The Economic Times reported. The proposal envisages setting up 14 national employment zones in the coastal states under the special purpose vehicle route, and is expected to be rolled out ahead of general elections next year, when employment generation is sure to emerge as a key issue.

The project will now be taken up by the Cabinet for consideration, following which bids will be invited from manufacturers to set up bases in the one-of-its-kind mega zones.

The employment zones will reportedly enjoy fiscal and non-fiscal incentives like tax holidays, capital subsidy and single-window clearance among others, linked directly to the number of jobs created by firms willing to set up manufacturing bases in these zones.

"These zones will have 35 industrial clusters across sectors like food, cement, furniture and electronics besides traditional labour intensive sectors like garments, leather and gems and jewellery," a source told the daily previously.

As per initial estimates, setting up the requisite infrastructure in these zones would require an investment of Rs 1 lakh crore, which will be shared by the Centre and states. In addition, the identified coastal states will reportedly provide at least 2,000 acres of contiguous land for setting up the employment zones. Going forward, India may also seek funding from multilateral agencies for this massive project since the zones are expected to attract an investment of up to Rs 4 lakh crore.

The 14 proposed sites include Kachchh and Suryapur in Gujarat, Malabar in Kerala, Dakshin Kanara in Karnataka, Kalinga in Odisha, Gaud in West Bengal, and Poompuhar in Tamil Nadu.

An important advantage of locating the zones near the coast is that they are likely to attract large firms interested in serving the export markets. Granting infrastructure status to these employment zones will further help companies flocking in get long-term easy finance, including cheaper foreign currency funding, to set up bases and expand their operations.

In a written reply to the Lok Sabha in February, Union Minister of State for Shipping and Finance Pon. Radhakrishnan, had said that 14 Coastal Economic Zones (CEZs) had been identified as part of the National Perspective Plan under the Sagarmala Programme. The idea was to promote port-led industrialisation, thereby giving a boost to the Make in India initiative. Incidentally, a significant improvement in the parameters of 'trading across borders' under the government's Sagarmala programme helped India take a huge leap of 23 ranks in the World Bank's latest 'Ease of Doing Business' report, climbing the charts to the 77th spot.