The government officials believe many of the PSUs are performing well, and diluting the stake can't be the only solution to improve their efficiency, and that slashing shareholding to raise revenue could help the government without even reducing the stake. 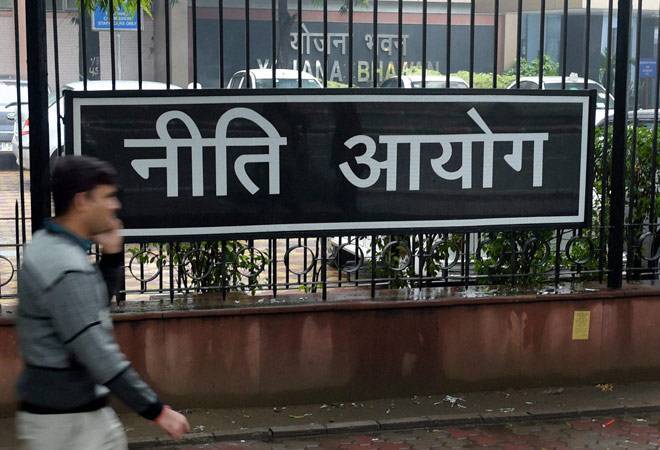 The government has decided not to go ahead with its think tank Niti Aayog's recommendation on reducing stake in non-strategic public sector companies below 50 per cent, a report published in the Economic Times said. The government officials are of the view that many of the PSUs are performing well, and diluting the stake can't be the only solution to improve their efficiency.

Many officials also believe slashing shareholding to raise revenue could help the government without even reducing the stake below 50 per cent, which they claim is much more than that in some companies.

Another big reason for the BJP-led central government to decline the Niti Aayog recommendation is believed to be its inability to take any decision that could have an impact on its polls prospects in the upcoming General Elections in 2019.

The government think-tank had been preparing a list of sick PSUs that could be privatised since February after the Prime Minister's Office asked it to look into the viability of sick state-run companies. Earlier this month, Niti Aayog had suggested the government ways to revive these sick PSUs and reducing 50 per cent stake in all non-strategic companies was one of them.

The measure would have helped the government raise revenue, besides making it easy for these companies to take strategic decisions for their growth. The government think tank also believes the move would enhance the value of the government's remaining stakes these PSUs.

Reports suggest the government is confident that the Air India sale plan would not affect its divestment target as there are several other companies which could help it meet the target.

In its earlier memorandum, the government had offered to sell 76 per cent stake in Air India - 100 per cent in its subsidiary Air India Express and 50 per cent in its ground handling staff. It also added a clause for Air India staffs that their jobs would be protected for at least a year from the date of final deal.

However, now it plans to sell 100 per cent stake in the debt-stressed Air India as the government may consider revising the terms of sale for Air India after it failed to draw any response.

US' loss is Canada's gain: 200% rise in Indian invitees for permanent residency