The government is selling its entire 52.98 per cent stake in India's second-largest fuel retailer and third-biggest oil refiner 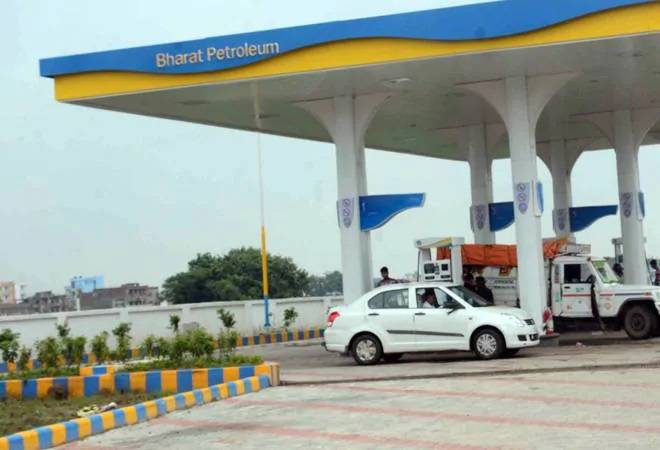 BPCL is a promoter of India's largest gas import, Petronet with a 12.5 per cent

The government will provide guidance on employee protection, asset stripping and business continuity in Bharat Petroleum Corp Ltd (BPCL) to potential acquirers of the company only at a later stage of bidding, according to privatisation rules issued by the disinvestment department.

The government is selling its entire 52.98 per cent stake in India's second-largest fuel retailer and third-biggest oil refiner.

Preliminary expressions of interest or EoIs are due on September 30, which will be followed by qualified bidders being asked to submit financial or price bids.

The Department of Investment and Public Asset Management (DIPAM), erstwhile known as Department of Disinvestment, has issued clarifications on queries raised by potential bidders for the government stake in BPCL.

On a query on restrictions relating to employee protection, asset stripping, business continuity and lock-in of shares, DIPAM said, "This information shall be provided to theQualified Interested Parties (QIPs) in the RFP/ SPA (Request for Proposal/ Share Purchase Agreement)."

Rules pertaining to labour laws are said to be one of the many considerations that will guide bids, particularly those from foreign firms. A potential acquirer of BPCL may want to shed excess workforce, which is a typical legacy issue with all public sector units, as well as strip some of the non-essential assets such as land and buildings.

BPCL will give the acquirer ready access to 15.33 per cent of India's oil refining limit and 22 per cent market share of the world's fastest-growing fuel market.

While the acquirer of government stake will have to make the mandatory open offer to buy 26 per cent stake from minority shareholders of BPCL on the same terms, the government advised the bidders to consult their legal counsels on the issue of such offers becoming mandatory for listed entities where BPCL may hold a stake.

The department clarified this in response to the question that "whether a mandatory tender offer will be triggered by the transaction in relation to Indraprastha Gas Ltd and Petronet LNG Ltd".

The government stake sale in BPCL would happen after the company's Numaligarh refinery in Assam is hived off from the company and sold to a public sector unit.

"The divestment of BPCL's interest in Numaligarh Refineries Ltd (NRL) shall be completed before the closing of the BPCL disinvestment process," DIPAM said.

"The decision with regard to the utilisation of proceeds from the NRL sale shall be communicated to QIPs prior to submission of financial bid."

It also asked the bidders to seek the opinion of legal counsel's on application of anti-monopoly regulations.

"The successful bidder may need to file with the Competition Commission of India (CCI) for its approval to the acquisition," it said. Also, bondholders/ lenders consent, if required, will be taken at an appropriate stage, it said.

It was asked if holds of $1.65 billion bonds cannot block or pre-empt the sale of government stake.

The government ruled out changing the requirement of bidder or the consortium of bidder together having a net worth of $10 billion. "Request for reduction of net worth criteriacannot be accepted," it said.

It also did not accept a proposal of shifting the venue of the arbitration, arising in case of dispute in the privatisation process, to a neutral forum such as Singapore.

"Not acceptable," DIPAM said adding the venue of arbitration is New Delhi, India.

"If a qualified IP (interested party)has submitted its EOI independently of any other and subsequentlywishes to form a consortium for the bid, then the same is permitted, provided the consortium is formed within 45 days of it being qualified as a QIP," DIPAM said.

Tata Steel back to 100 per cent productivity: CEO TV Narendran