Most of the construction material items attract 18 per cent GST, while cement attracts 28 per cent tax. 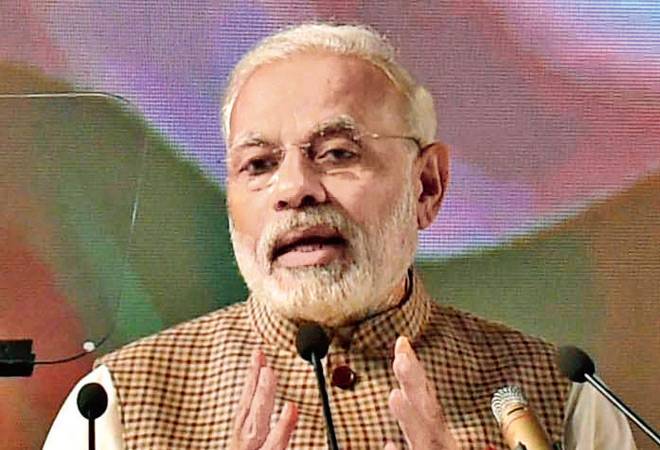 Prime Minister Narendra Modi on Tuesday said the government wants to bring construction related material under the 5 per cent GST (Goods and Services Tax) slab. Slamming the Congress party for calling it 'Gabbar Singh Tax', the PM, during an extensive interview with the news agency ANI, said the GST-related decisions have been taken in consensus with all political parties in the country.

Right now, major construction material, capital goods and input services used for the construction of flats and houses attract 18 per cent GST, while cement attracts 28 per cent tax. The PM also said that the government will keep on changing the tax structure under the GST as there is a scope of improvement. On the GST being called "Gabbar Singh Tax", he indirectly attacked Congress President Rahul Gandhi saying "the way some thinks is the way he/she speaks". "Have the GST processes not been done taking a consensus with all political parties in the country? Since Pranab Mukherjee was FM, the GST process has been going on," he said.

He said that all decisions related to the GST have been taken by the GST Council, which is represented by members from all state governments, including the Congress ones. "Are they abusing their own party leader and party governments?... just creating political hue and cry is not good," he told the agency.

He said the GST is a new system and has brought a big transformation in India's tax regime. "So some small traders have faced inconvenience. We acknowledge this. The government's responsibility is to be sensitive to their concerns. So, whatever comes to our notice is referred to the GST Council. We decide collectively how to simplify (GST)," he said.

He said the BJP government was trying to bring the construction material under the 5 per cent GST slab like it did in the case of restaurants. "But there were reservations by some. So the GST Council could not do it. It has now gone to the committee. We will try to ensure that the committee report is expedited," he said. The PM informed the GST Council had brought down tax rates on as many as 1,200-1,500 items of daily use, including zero tax on as many as 500 items. He also said before the GST was introduced, several items used to attract the tax rate of over 40 per cent, and that the new tax regime has made it a simple process.

Also read: PM Modi believes his government has done a lot for the middle class; here's why