Delhi election results live: AAP leader Saurabh Bhardwaj is leading from the Greater Kailash constituency by 1505 votes. Bhardwaj has to contest with Shikha Rai of the BJP and Sukhbir Singh Panwar of the Congress. 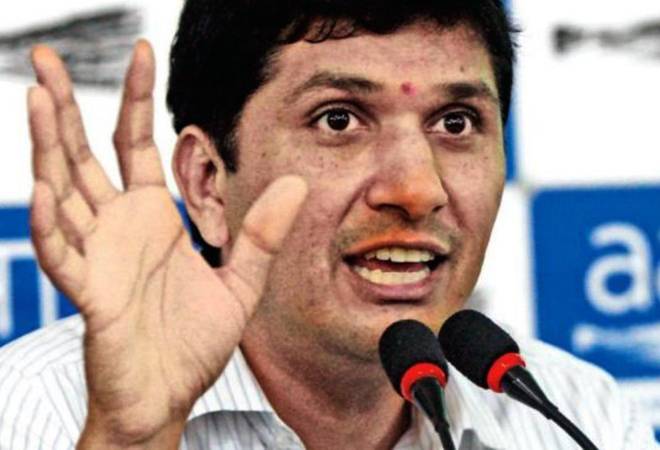 Almost two hours after the counting of votes started in Delhi, the AAP has secured lead on 50 seats in the Delhi Assembly polls 2020. The BJP as of now is a distant second at 20 seats whereas the Congress is still at 0 seats. As per early trends, AAP's Saurabh Bharadwaj is leading in Greater Kailash.

Bharadwaj told ANI that people of Delhi have accepted AAP's governance model. He also said that he is getting double the votes compared to the BJP candidate, Shikha Rai.

Greater Kailash can also be called Bhardwaj's home turf as he won from the Greater Kailash seat against the BJP's Ajay Kumar Malhotra by 13,092 votes in the 2013 Delhi Assembly polls. In the 2015 Delhi polls, Bhardwaj defeated BJP's Rakesh Guliya by 14,853 votes.

The BJP is also hopeful as it has represented Greater Kailash in the past. BJP's candidate, SDMC councillor Shikha Rai is contesting from the seat this time. Apart from BJP's Shikha Rai, Saurabh Bhardwaj is contesting against the Congress candidate Sukhbir Singh Panwar.

Rupee vs Dollar: Rupee opens higher, rises 10 paise to 71.20 per US dollar