Revenue Secretary Hasmukh Adhia dismissed fears that GST implementation will lead to a spurt in prices. 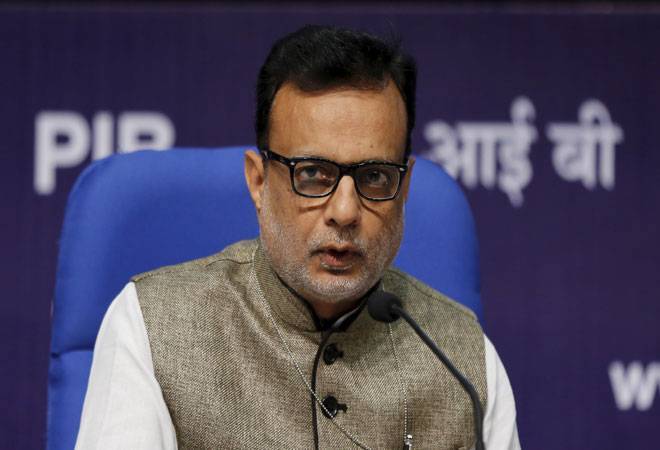 The government on Tuesday said GST will not lead to inflation and rather make domestic goods competitive via-a-vis imported items.

Revenue Secretary Hasmukh Adhia dismissed fears that GST implementation will lead to a spurt in prices, saying that unlike in other countries, the transition to the new tax regime would be smooth in India.

He said several countries witnessed inflation following GST rollout as they had single point taxation system. In the case of India, there are multiple points of taxation and hence the possibility of sudden spurt in inflation is remote.

"Presently, we are tapping VAT at each stage of supply chain, from manufacturer to wholesaler to retailer. We already have multiple points taxation. Under GST, we are just merging the taxes of the Centre and states. The inflation which happened in other countries was because they shifted from single point taxation to GST," Adhia said at the GST Conclave here.

He said that once the new indirect tax regime is rolled out, the incidence of tax on imported goods would be the same as on the locally manufactured items.

The imported goods, he explained, will be subject to Integrated GST (IGST) for which credit can be claimed at the time of sale. IGST is just an interim tax or a washout tax which is equivalent to the GST rate on a specific product.

In case of locally manufactured goods, a similar GST rate will be applicable and hence, there will be no advantage for the imported goods.

ALSO READ:  Small and mid-sized cars may see hike in prices under GST

"The incidence of tax on imported goods will be equivalent to the tax paid by the local industry. This will strengthen domestic manufacturing and Make in India," Adhia said.

Goods and services tax (GST), which is proposed to be rolled out from July 1, will unify at least 10 different central and state levies and make India a uniform market for seamless transfer of goods and services.

Adhia said as many as 71 per cent of the existing taxpayers have already migrated to the GSTN portal and the CBEC has asked field offices to organise awareness camps in towns with a population of 1 lakh or more.

Also, the department will come out with sector-wise guidance note for GST implementation.

The Centre and states have also agreed to keep businesses with turnover of up to Rs 20 lakh out of the GST ambit.

For entities with turnover of up to Rs 50 lakh can opt for composition or compounding scheme under which traders and manufacturers will be required to file tax at 1 per cent and 2 per cent, respectively. Besides, restaurants within this threshold will attract 5 per cent tax.

Adhia said businesses opting for the composition scheme will have to file returns quarterly and only provide details of turnover. There is no need for filing of invoice-wise detail.

With regard to the provision in the Act on refund of IGST paid by international tourists, he said it will not be implemented with effect from July 1 GST rollout date.

Asked whether VAT would be refunded at the airport to foreign tourists, Adhia said: "We have kept that provision in the Act, but to implement it will take time. Immediately, it won't be available to foreign tourists, but after some time, we will see. We will have to develop a mechanism for it. We are not implementing this provision from July 1."

The IGST Act provides that integrated tax paid by tourists leaving India on any supply of goods taken out of the country by him shall be refunded. However, the conditions and safeguards are yet to be prescribed.

The IGST Act defines 'tourist' as a person who enters India for a stay of not more than six months for legitimate non-immigrant purpose.