The official said that the Centre for Military Airworthiness and Certification has given the green signal to start manufacturing of Tejas Mk1 under Final Operational Clearance configuration. 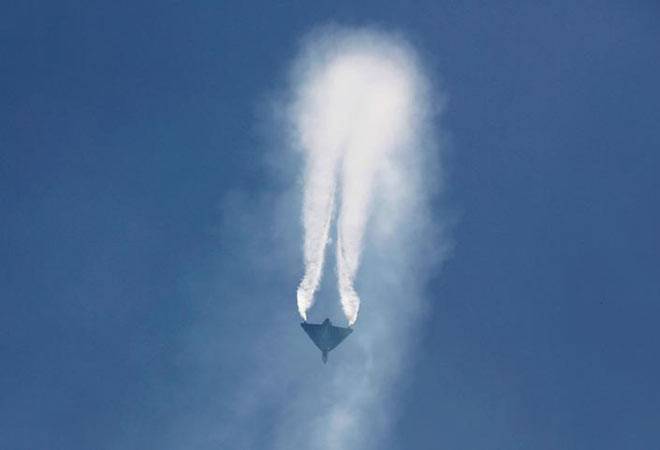 The Hindustan Aeronautics Limited (HAL) has been given the nod to manufacture weaponised version of Light Combat Aircraft (LCA) Tejas for the Indian Air Force and the first such aircraft is expected to be out by the year-end, according to a company spokesperson.

The Centre for Military Airworthiness and Certification (CEMILAC) has given the green signal to start manufacturing of Tejas Mk1 under Final Operational Clearance (FOC) configuration, he said. "The actual final operational clearance, however, will take place only after extensive tests and trial," the HAL spokesperson told PTI here.

To get the final operational clearance, the aircraft must have battle-time capabilities of mid-air refuelling, AESA radar, electronic warfare suites, a variety of bombs and weapons, among others, he said.

Also Read: Rafale dogfight: Why the French fighter has the right stuff

The CEMILAC had accepted the design documents submitted by Aeronautical Development Agency (ADA), which had designed and developed Tejas, he added.

CEMILAC is a DRDO laboratory authorised to certify military aircraft and airborne systems. "The IAF has ordered 40 LCA aircraft. Of this, 20 will be FOC-configured. Another 20 are IOC (Initial Operational Clearance)-configured," the HAL spokesperson said.

Some 10 to 11 IOC-configured Tejas have been given to the IAF, which flies them to get acquainted with the LCA's competencies, he said. Asked when the first weaponised aircraft would be out, the spokesperson said, "Our objective is to deliver it with FOC configuration by year-end -- between October and December."