The hawala link to gold smuggling

Hawala money is a lifeline for gold smuggling into India. Indeed, hawala agents in Dubai are increasingly diversifying into smuggling of the yellow metal. They are partnering with smugglers to grab a share of the growing business. 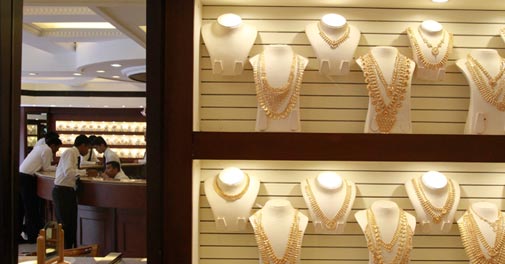 Hawala money is a lifeline for gold smuggling into India. Indeed, hawala agents in Dubai are increasingly diversifying into smuggling of the yellow metal. They are partnering with smugglers to grab a share of the growing business.

Typically, hawala agents are those who transfer foreign currency illegally, paying higher exchange rates than the official figures. Hawala agents from Oman, Kuwait, Qatar and Saudi Arabia make transfers to agents in Dubai, which is the hub for the money transfer operations.

A hawala operator in Kannur district, Kerala, who has operations in Jeddah, says that there are at least 200 such mid-scale agents in Saudi Arabia and 500 in Dubai whose main occupation is money transfers. "There are some 25 big hawala operators in Dubai. As the profits in gold smuggling are visible within two days, some hawala operators are now partnering with small time operators to smuggle the metal," he says.

INVESTIGATION:How gold is smuggled into Kerala

These agents set up some legitimate business, such as a hotel, travel agency or shop, together with a local partner who most of the time is paid a fixed sum for the partnership. Their main focus is money transfers. They collect dollars, riyals, dirhams, etc from clients and deliver rupees, at pre-determined exchange rates, at the doorstep of addressees in India. The enhanced exchange rate for foreign currencies attracts many - from wealthy Indian expatriates to labourers. Businessmen, who do not want to use official banking channels, also use the hawala route to transfer money.

A mid scale hawala agent earns a profit of Rs 1-1.25 lakh daily and his business will be in the range of Rs 4 crore daily. His operations is run from a small office with a couple of landline connections, a telephone operator, a writer for taking down payment details, two- three drivers for door step collections, a watchman and a cook. In India, he would either have sub-agents or a team of 20-30 distribution agents for doorstep delivery.

Many in Kerala believe that hawala is not just pure economics; it's also a social system. A hawala agent operating out of Dubai explains the dynamics. "A worker gets just one weekly off on Friday. It is the weekly off for banks and money transfer agencies. The worker just gives us a call and we collect money from his doorstep. In times of need, or family emergency, he can borrow money from us and we deliver money immediately to his home.  Which banking or money transfer agency will provide such services and credit? It's all trust, no elaborate paperwork."

Insiders reveal Rs 200 crore comes to India daily through the hawala channel from the Gulf, out of which 70 per cent is used for gold smuggling. With gold supplies hit and the beginning of the wedding season, the metal will be procured from all sources.

K.N. Raghavan, Commissioner, Customs, Kochi says that the air route is the preferred channel for gold smuggling as the delivery is made within five hours at minimal cost, buffering currency fluctuations and not blocking any capital, making it an attractive proposition for hawala agents.

Senior Directorate of Revenue Intelligence officials in Delhi have confirmed that once the currency stabilizes, sea landing will be explored, especially on the tried and tested routes. A couple of small seizures have already been made from sea landing at Chennai. Even as small international airports will remain vulnerable, land routes from Nepal and Bangladesh will also come into play in a big way.

Inflation to moderate to 5%, says Chidambaram