Healthcare reforms & the road ahead

A series of healthcare policies that the Prime Minister Narendra Modi-led government has announced this year. 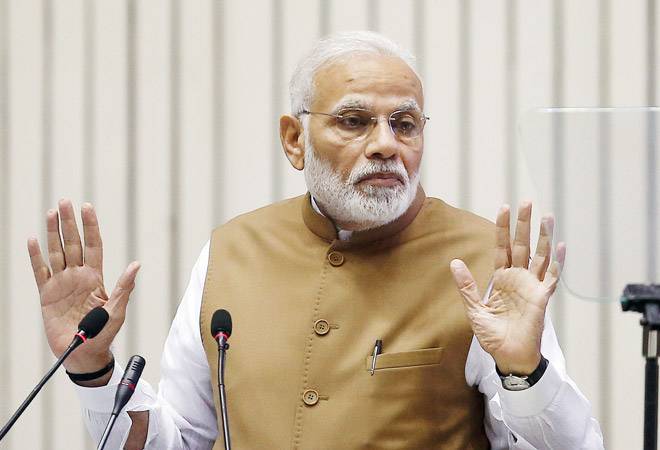 You could either look at them as a motley collection of a few well-intended measures that just happened to get announced in the same year or this could be part of a larger perception game in a pre-election year meant to create hope and hype in the short-term.

This is about a series of healthcare policies that the Prime Minister Narendra Modi-led government has announced this year.

Consider this: Reforming medical education, providing health cover to the poor or getting the unregulated healthcare professionals under the ambit of regulations and setting quality standards are all good. But if real credit should be taken only after the actual results show up on the ground, then these are still early days.

However, all this is unlikely to discourage PM Modi and his party, as some political analysts suspect, to go to election without healthcare as a major poll plank.

Yes, a beginning has to be made somewhere -- and that may have been made -- but, as is apparent from the various initiatives, the real challenges begin now.

Let's take a look at the healthcare policy announcements made this year. Medical professionals, in fact, rang in the New Year 2018 debating the implications of the National Medical Commission Bill tabled in the Lok Sabha.

The very next month, the government announced some major initiatives in the health sector as part of Ayushman Bharat programme. Finance minister Arun Jaitley, while presenting the General Budget 2018-19 in Parliament, said that it was aimed at making a path-breaking intervention to address health holistically in primary, secondary and tertiary care systems, covering both prevention and health promotion.

And now, on November 22, the Union Cabinet approved the Allied and Healthcare Professions Bill, 2018 for regulation and standardisation of education and services by allied and healthcare professionals - like the lab technicians, X-Ray technicians, diabetologists, optometrists, audiologists and several others.

These are all some fundamental policy changes that will need to go way beyond a policy statement. The real challenge, as we and even they would know, begins now: Getting the training shops across the country to fall in line, taking measures to ensure that there is no room left for corruption and no one is able to duck the law and escape regulation; this besides ensuring that in the name of quality, it is not just the big fish or leading healthcare chains that benefit at the cost of smaller players.

These and many more changes will have to be made whenever parliament passes the bill. It is not that we are early in the game. Even Pakistan has a system in place for allied health professionals.  Bangladesh and Sri Lanka, have also traditionally done better than us on important health parameters such as maternal mortality and infant mortality. However, a third of the total target population in our prestigious Ayushman Bharat, is from four states that are called by the officials themselves as 'green field states'.

It means they start with a zero base and would need to establish a structure of trust, get quality private sector hospitals on board and put in place IT infrastructure, eventually syncing them all together.

What, therefore, many who watch this space suspect is states already running such a system -largely in the south and West of Vindhyas -- will draw the resources and move on, while the rest will keep trying to catch up.  Same with the National Medical Commission bill, which the parliament has to approve before considering the various issues it has raised. There is divided opinion on some of its proposed provisions and sorting that out will not be easy. All of which will take time and we are too close to the elections.

So, what does all of it translate to? Statements of intent that give glimpses of hope but also point at the danger that all of it could just be hype if the announcements are not accompanied by serious follow ups that addresses all of the concerns. How it all would finally pan out, we still do not know and will need to wait and watch. But then, there will be elections before that.

Yes, ATMs are closing! No, half the country's ATMs won't close