Karnataka, Andhra Pradesh, Telangana, Madhya Pradesh, West Bengal and Odisha are the major tomato growing states.  However, supply from states like Karnataka, Maharashtra and Gujarat has almost dried up, resulting hike in prices. 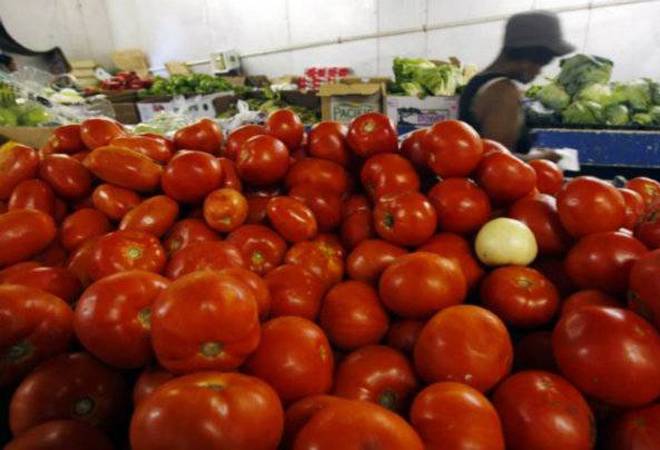 Every year onion and tomato prices give a fright to the common man. This year is no different, with tomato prices going through the roof. Tomato prices have shot up to Rs 100 kg in some parts of the national capital.

What led to this sudden price hike is heavy rainfall this monsoon season that disrupted the supply from neighboring states.

It has been reported that Mother Dairy is selling tomatoes at Rs 96 per kg, while online grocery platforms like Big Basket and Grofers are offering this key vegetable at nearly Rs 100 per kg.

Reports suggest that local vendors are selling tomatoes in the Rs 100-120 per kg.

Karnataka, Andhra Pradesh, Telangana, Madhya Pradesh, West Bengal and Odisha are the major tomato growing states.  However, supply from states like Karnataka, Maharashtra and Gujarat has almost dried up, resulting hike in prices.

According to Agriculture Secretary Shobhana K Pattanayak, this is a lean season for tomato and price rise is a temporary phenomenon which will faze out soon.

Till last month, the tomato was available in Delhi at Rs 25 per kg which is now up by upto four times. The Hindustan Times recently quoted Azadpur Mandi President who said: "Tomato prices shooting up is a normal occurrence during the monsoon months, from June to September. This is because the stock spoils easily during the rain. Right now, we are getting our supply only from Himachal Pradesh."

"The shelf life of tomatoes is not more than four days. Not all retailers have an access to cold storage. So, they tend to recover the losses by selling at a higher price," Sharma further said.

Earlier in the week, it was reported that the retail inflation hit a 'historically low' level of 1.54 per cent in June on dip in food items like vegetables, pulses and milk products. Reacting to the report, Chief Economic Adviser Arvind Subramanian said: "The last time we saw such inflation -- according to slightly different CPI (IW) -- was in 1999 and before that in August 1978."