All resident Indians can open a PPF account, even a second one in the name of minors, but the collective investment limit is capped at Rs 1.5 lakh. 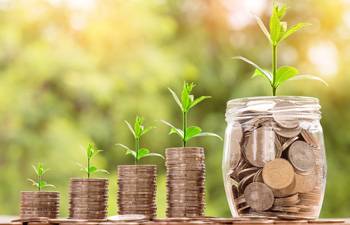 The recently-revised interest rates on small savings schemes come into effect from today. Sharing information through Twitter, the Ministry of Finance explained how various schemes will now fetch up to 40 basis points, or 0.4%, more during the current (October-December) quarter. Significantly, this brings the small savings schemes at par with the deposit rates offered by banks. 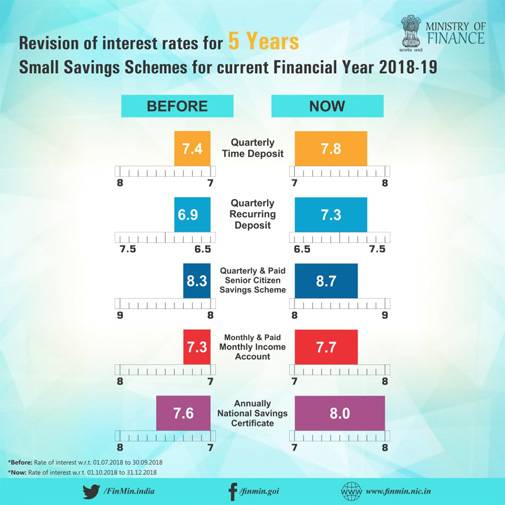 Here's a closer look at the various savings options at your disposal and how they currently compare:

This popular tax saving product will now fetch 8% per annum from 7.6% previously. PPFs not only promise tax benefits under Section 80C of the Income Tax Act but also tax-exempted maturity amounts. According to The Financial Express, if an investor is in the 30% tax bracket, the returns from PPF would be around 10.4% a year after the new rates become effective from October 1.

All resident Indians can open a PPF account, even a second one in the name of minors, but the collective investment limit is capped at Rs 1.5 lakh. The PPF account matures after 15 years and can be renewed every five years.

This fixed income investment scheme, a Government of India initiative, has also become more attractive after the latest hike, offering 8% annual return. According to online tax filing platform ClearTax, the savings bond can be bought at any post office and comes with two fixed maturity periods - 5 years and 10 years. There is no maximum limit on the purchase of NSCs, but investments of up to Rs 1.5 lakh in the scheme can earn a tax break under Section 80C. However, the returns are taxable.

As Business Today has previously pointed out, the second highest interest rate is now being paid for Sukanya Samriddhi Account Scheme, which is meant for saving by parents for their girl child. This scheme will earn an interest rate of 8.5% per annum against the existing interest rate of 8.1%. The saving under this scheme is also eligible for tax deduction under Section 80C.

Kisan Vikas Patra (KVP), an instrument that doubles the investment in a given tenure, also witnessed rise in interest rate to 7.7% per annum, which means money invested it will now get doubled 6 months sooner.

Although the rate hike will tempt risk-averse investors, one should wait for a few more months before locking in money for longer-term deposits. That's because the interest rates are likely to rise further.

How does the above compare with fixed deposits?

After the latest hike, interest rates of the above mentioned instruments are now at par, or perhaps even better, than the FD rates offered by the banks. So if you are planning to park your money somewhere, do a careful rate comparison first.

However, that's not to say that you should write off FDs entirely for the moment. Banks have been increasing their deposit rates in recent times in order to mop up funds as deposit growth remained at 5% in the last fiscal, while credit growth was double that figure. In fact, FY18 deposit growth in the banking system was the slowest in five decades courtesy the decline in fixed deposit rates following cuts in RBI policy rates. So in recent times, several banks have increased interest rates on fixed deposits of various maturities.

For instance, in July, the country's largest lender State Bank of India had made its retail deposits - those below Rs 1 crore - across longer maturity baskets more attractive by 5-10 basis points. It is currently offering 6.7% interest on deposits of one year to less than 2 years. Post-tax, the returns will be 5.3% assuming the depositor is in the 20.6% tax bracket. For the same tenure, HDFC Bank is offering 7.25%, while ICICI Bank and Bank of Baroda give 6.75%.

Keep an eye out for company fixed deposits

Companies are also offering higher rates for their deposits to garner savings. Moreover, the deposits of top-rated firms are much in demand because of volatile equity markets. For instance, pressure cooker manufacturer Hawkins Cookers is offering 10.75% on 36-month deposits and 10.25% on 12-month deposits.

The high-credit-quality MAA rating assigned by ICRA indicates that the unsecured deposit programme carries low-credit risks. MAA is a high-quality rating, which falls on ICRA's medium-term rating scale and is used only for public deposits. The minimum amount one can invest in this scheme is reportedly Rs 25,000.