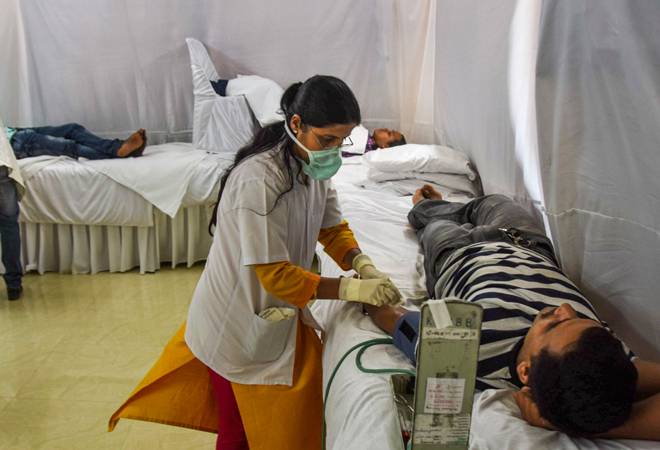 Civic-run Hindu Rao Hospital, whose resident doctors are currently agitating over due salaries, was on Tuesday removed from the list of COVID-19 facilities by the Delhi government. North Delhi Mayor Jai Prakash said, the general OPD services resumed at the facility and nearly "160 patients visited".

The Delhi government's health department in an order issued on Tuesday said, in view of the surge in COVID-19 cases then, Bara Hindu Rao Hospital was declared as a designated hospital on June 14. "And whereas a request has been received from the Commissioner, North Delhi Municipal Corporation for converting the Bara Hindu Rao Hospital to a non-COVID hospital.

And whereas the matter has been examined and in view of the low average bed occupancy of the hospital and request received from the NDMC, Bara Hindu Rao Hospital is hereby removed from the list of designated COVID-19 hospitals with immediate effect," the order said.

Delhi government on Saturday had ordered shifting of COVID-19 patients from the civic-run hospital to its own facilities. The move to shift patients, had come a day after the resident doctors of the hospital went on a "symbolic indefinite strike" over their due salaries for the last three months.

Seventeen were shifted to LNJP Hospital and three to Aruna Asaf Ali Hospital, while there in ICU were retained. The sanitisation of the hospital was conducted on Sunday.