How burden of the past is hindering progress of India's industries

The burden of the past, particularly uncertainty with previous technological initiatives, is hindering India's adoption of Industry 4.0, a new report suggests. 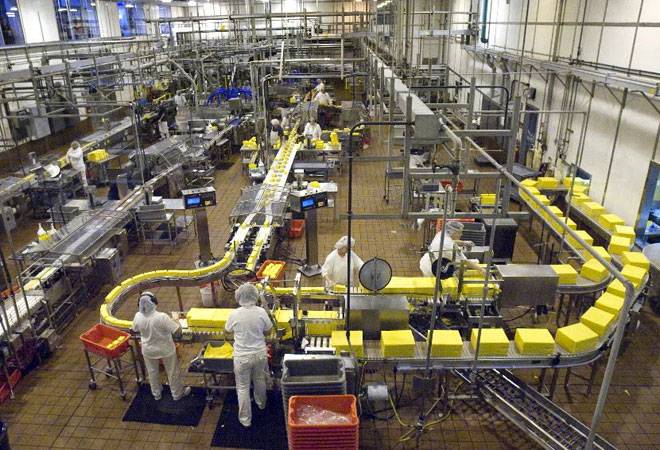 The burden of the past, particularly uncertainty with previous technological initiatives, is hindering India's adoption of Industry 4.0, a new report suggests. 'The India Manufacturing Barometer',  a survey conducted by PwC and Market Search (India) Private Limited, which covers senior executives from Indian manufacturing companies, attempted to understand the level of adoption of Industry 4.0 in the Indian manufacturing industry and concluded that "there is scope to improve adoption to an average level".

While Industry 3.0 simply was about the automation of isolated machines, Industry 4.0 "concentrates on the end-to-end digitisation of all physical assets and their integration into digital ecosystems with value chain partners".  Essentially, the new paradigm is about the integration of advanced automation, cloud computing, sensors, 3D printing, computer powered processes, intelligent algorithms, and Internet of things (IoT).

Here are some of the survey's findings, released at industry body FICCI, this week:

1. Almost half (48 per cent) of the respondents have adopted the concept to a basic level or have not made any efforts in this direction. The low adoption is because of low sophistication in the manufacturing process as well as a lack of clarity on tangible benefits in previous technology initiatives such as ERP implementation. Other implementation challenges include a lack of digital culture and talent in India's manufacturing organizations. Data security concerns emerged as an area of concern as well.

2.  The future, however, looks promising: 86 per cent of the respondents expected investments in Industry 4.0 to increase over the next 3-5 years. A majority of the respondents expected that Industry 4.0 would help in reducing costs and improving efficiency. The survey, however, notes: "The respondents who focus on cost reduction/efficiency improvement alone (52%) would do well to evaluate whether the implementation is being viewed from a narrow lens and money is being left on the table".

3. Globally, manufacturing companies are planning to commit 5 per cent of their revenues per annum to Industry 4.0. They expect a combination of revenue growth and cost reduction/efficiency improvements. There is a clear disparity between Indian manufacturers and global companies on other counts. An earlier PwC report found that Indian companies were thinking products and not services -  they "seem to believe that they will benefit more from digitising their product portfolio or introducing newer digital products. In contrast, global counterparts think that enhancing digital services to customers will be more beneficial".