How India can benefit by leapfrogging into Fourth Industrial Revolution

Last month, the major agenda item at the World Economic Forum in Davos was the Fourth Industrial Revolution (FIR). Since FIR is already under way in some of the advanced economies there are fears that it will be very disruptive and create huge unemployment. 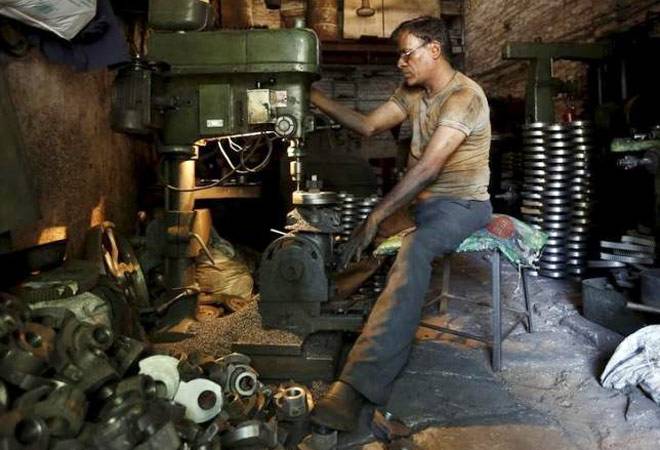 Last month, the major agenda item at the World Economic Forum in Davos was the Fourth Industrial Revolution (FIR). Since FIR is already under way in some of the advanced economies there are fears that it will be very disruptive and create huge unemployment.

The Davos meeting was meant to discuss and allay these fears. I feel FIR for developing countries can, in fact, produce more employment and benefits.

Our societies are characterised by various industrial revolutions. The first revolution started in the late 1700s when muscle power was replaced by steam - mostly produced by coal.

The second one, which can be traced to early 1900s, was driven by electricity and characterised by big machines and assembly line manufacturing. The third, which began in the early 1960s was based on computers, information technology (IT), electronics and automated production.

The present revolution is characterised by the internet of things (IOT) -- 24/7 connectivity, rapid communication, miniaturisation of design and 3D printing which allows for manufacturing and production of goods wherever they are needed. I feel that IOT and 3D printing (or additive manufacturing) have the capability of allowing countries like India to leapfrog into the FIR.

India is already a decentralised society where more than 60 percent of its population lives in rural areas and lacks the basic amenities of life. They live in one-room huts with nearly non-existent electricity; cook on primitive biomass stoves that produce tremendous indoor pollution; and lack potable water and toilet facilities.

Their lives can be improved drastically by providing livelihood opportunities and amenities for households powered by FIR.

Around 80 percent of the rural population is involved in the farming sector. At present, farming is non-remunerative and needs to be completely overhauled to make it attractive.

Thus, for increasing income for rural households I foresee the use of high-tech precision farming which could either be land-based or container-based. In container farming, all the inputs of farming are applied in an efficient way in enclosed shipping containers.

This container-based farming, as opposed to land-based farming, can grow any food (grain, vegetables or fruits) or fodder with the use of precise levels of light, temperature, humidity and nutrients. All these inputs are controlled by smart sensors and computers. This type of farming requires very few labourers, very little soil and water and is based on the principle of hydroponics or aeroponics.

There are claims by the practitioners of container agriculture that it uses 90 percent less water than conventional agriculture and produces several times the yields that would have been obtained from land-based agriculture. Such high-tech farms are coming up in urban areas in western countries and provide a model to be emulated in developing countries like India.

Today the biggest crisis in farming in India is the lack of labour, low prices of produce, shortage of water and very poor soils. With precision land-based or container agriculture, powered by solar energy and other renewable energy systems, farming can become very efficient, high yielding and hence remunerative. To my mind this is the future of farming.

Land-based agriculture can be used for planting mostly perennial crops like grasses for fodder and trees for fruits, timber and the like. Grasses and trees can bind the soil and stop its erosion.

Agricultural containers would eventually be owned by restaurant owners. Hence the A-Z of food production and utilisation would be run and owned by the restaurants and may give rise to a large number of rural and urban restaurants. This will also generate huge employment opportunities.

Further, FIR based on 3D or additive manufacturing will also usher in a revolution in its own right. In 3D printing, parts or the product is built layer by layer at any place. The designing can be done anywhere in the world and it can be sent by internet to a 3D printer.

Thus the raw material -- metal powders in case of production of metal parts,or plastic wires for plastic products -- together with a suitable glue or solidification of raw material, forms the end product. 3D printing is being used to produce parts of rockets, whole machines and even body parts.

Use of 3D manufacturing will also reduce the energy consumption in transportation of goods since they will be manufactured and made available wherever they are needed.

In most cases, prices would come down. We might therefore see a proliferation of high-tech small scale manufacturing facilities in rural areas. For rural mobility electric vehicles can form the backbone and could be charged by locally produced renewable electricity. And 3D manufacturing may help in production of such vehicles in rural areas.

The FIR can usher in a decentralised and democratic society since the control of the means of production and usage will be in the hands of locals.

Rupee up by another one paise vs dollar, trades at 68.57

Prabhu's dilemma on how to balance hopes with funds