The Jaguar plane, which took off from the Gorakhpur Air Force base on a routine mission, crashed into a farm and burst into flames; the pilot managed to eject safely. 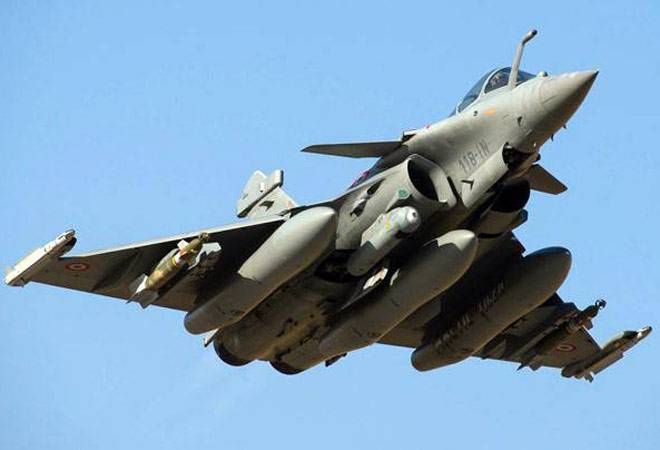 Image is for representational purpose

An Indian Air Force (IAF) Jaguar fighter aircraft crashed on Monday in Uttar Pradesh's Kushinagar, about 322 kilometres from the state capital Lucknow, according to media reports.

The Jaguar plane crashed into a farm and burst into flames immediately soon after it took off from the Gorakhpur Air Force base, reported news agency ANI.

Uttar Pradesh: Visuals from Kushinagar where an Indian Air Force Jaguar fighter plane crashed today, the pilot managed to eject safely. A court of Inquiry has been ordered to investigate the accident. pic.twitter.com/fZtAtJcd3U

The pilot was ejected safely with the help of a parachute after steering the plane away from areas inhabited by people, added the reports.

"Today morning, a Jaguar aircraft while on a routine mission from Gorakhpur, crashed. Pilot ejected safely. A court of Inquiry has been ordered to investigate the accident," a statement from the Indian Air Force said.

The IAF officials reached the crash site and created a periphery around the burning plane to keep local villagers at a safe distance.

An inquiry has been ordered to find out the reason for the crash.