If GST evasion stops, govt can cut taxes by 4-5 per cent: Piyush Goyal

Piyush Goyal appealed to consumers to insist on bill for every purchase they make. He said it would help the government check evasion and reduce tax rate on each item by as much as 4-5 per cent. 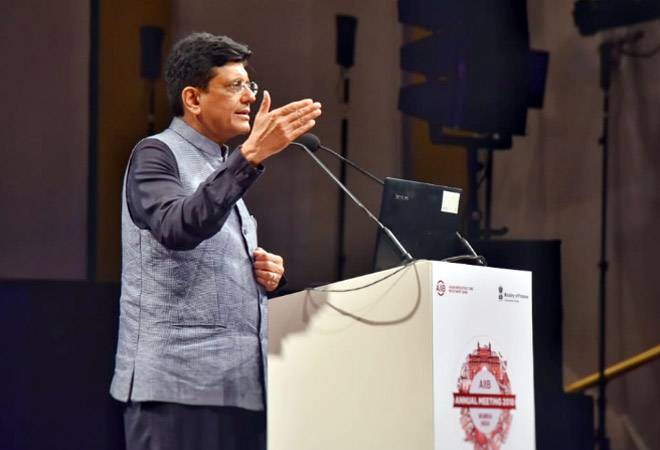 Acting Finance Minister Piyush Goyal on Saturday said that the government wants to reduce the burden of taxation on consumers but revenue needs to increase and support of states is also needed to cut rates where it is essential. He sought consumers' participation in curbing tax evasion -- a move that will help the government in maximising its revenue which in turn will create a space for the tax authority to cut taxes. Goyal appealed to consumers to insist on bill for every purchase they make. He said it would help the government check evasion and reduce tax rate on each item by as much as 4-5 per cent.

Last year in November, Union Minister Arun Jaitley had also hinted at a rate cut. He had said that the GST rates could be rationalised by merging 12 per cent  and 18 per cent slabs into one, but it would depend upon the revenue collection. Currently, the GST has four tax slabs - 5 per cent, 12 per cent, 18 per cent and 28 per cent.

The acting Finance Minister yesterday said that if any shop says that they will sell at a lower price if the consumer does not demand a bill, then the consumer should immediately lodge a complaint. The government will soon provide a three-digit simple number which will work as a call centre where customers can register their complain.

Tax evasion has been an issue under the current taxation system. In the last one year of GST, the authorities have detected over hundreds of cases of tax frauds where traders and businesses misused the system by conducting their business in cash, under-valuing the products, and generating fake invoices.

After a strong collection in the initial couple of months, the GST collections have dipped monthly far more often than they went up. For instance, from Rs 95,000 crore for July 2017, the collection slipped to Rs 90,669 crore the following month. It again went up to Rs 92,000 crore in September, but steadily dipped for the next two months, hitting a low of Rs 80,808 crore in November. It shot up 7 per cent in December but again dipped slightly for the next two months. GST collections for February stood at over Rs 85,000 crore with just 69 per cent compliance rate.

One year of GST: Tax base increase to complex return filing system; the successes and the failures