IMF cuts India's growth forecast to 6.7 per cent: Outlook report puts China ahead in race for 2017

The IMF, however, raised its current year growth forecast for China to 6.8 per cent, which is 0.1 per cent more than its two previous projections in April and July, putting the Asian giant ahead of India as the world's fastest growing economy. 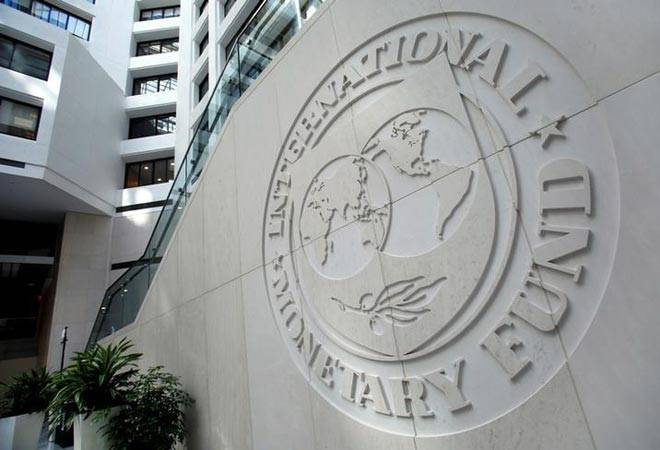 The International Monetary Fund (IMF) on Tuesday slashed India's GDP growth forecast to 6.7 per cent for 2017 from 7.2 per cent predicted earlier due to "still lingering disruptions associated with the currency exchange initiative introduced in November 2016, as well as transition costs related to the launch of GST." The IMF, however, raised its current year growth forecast for China to 6.8 per cent, which is 0.1 per cent more than its two previous projections in April and July, putting the Asian giant ahead of India as the world's fastest growing economy.

The report said strong government spending and data revisions in India led to an upward revision of 2016 growth to 7.1per cent (6.8 per cent in April), with upward revisions of about 0.2 percentage point, on average, for 2014 and 2015, it said. India had lost the tag of the fastest growing economy to China in the March quarter as GDP growth slowed to 6.1 per cent.

However, India is likely to bounce back as the fastest growing emerging economies of the world in 2018, with China is projected to grow at 6.5 per cent in 2018, the IMF report states. The GST, which promises the unification of India's vast domestic market, is among several key structural reforms under implementation that are expected to help push growth above eight per cent in the medium term, the report said. In India, simplifying and easing labour market regulations and land acquisition procedures are long-standing requirements for improving the business climate, the report points out.

Recently, the Reserve Bank of India also lowered its growth projection to 6.7 per cent for the fiscal from its earlier estimate of 7.3 per cent. The economy grew at 7.1 per cent in 2016-17. "The global recovery is continuing, and at a faster pace. The picture is very different from early last year, when the world economy faced faltering growth and financial market turbulence. We see an accelerating cyclical upswing boosting Europe, China, Japan, and the United States, as well as emerging Asia," said Maurice Obstfeld, IMF Economic Counsellor and Director of Research while releasing the report.

The IMF's latest World Economic Outlook has, therefore upgraded its global growth projections to 3.6 percent for this year and 3.7 percent for next-in both cases 0.1 percentage point above the previous forecasts, and well above 2016's global growth rate of 3.2 percent, which was the lowest since the global financial crisis.

For 2017, most of the upgrade owes to brighter prospects for the advanced economies, whereas for 2018s positive revision, emerging market and developing economies play a relatively bigger role. The current global acceleration is also notable because it is broad-based-more so than at any time since the start of this decade. This breadth offers a global environment of opportunity for ambitious policies that will support growth and raise economic resilience in the future.

Policymakers should seize the moment: the recovery is still incomplete in important respects, and the window for action the current cyclical upswing offers will not be open forever. Policymakers should take action now while the time is good, he said. The IMF has scaled up its GDP growth forecast for the United States by 0.1 per cent for 2017 to 2.2 per cent.