Its latest World Economic Outlook update, released in Davos on the sidelines of the WEF, projects India to grow at 7.4% in 2018, while the global growth forecast stands at 3.9%. 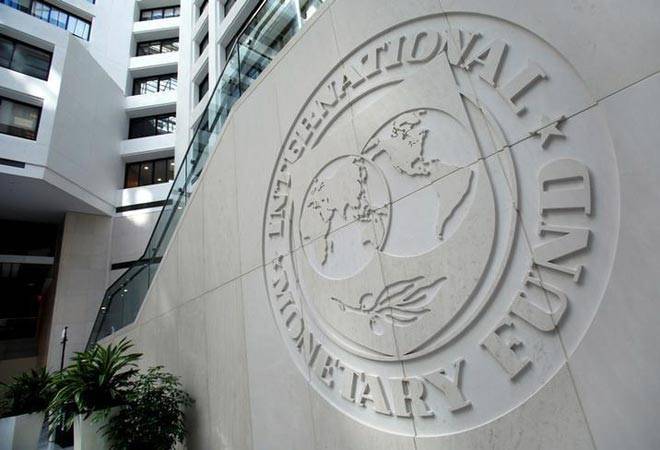 Just ahead of Prime Minister Narendra Modi's maiden keynote address at the World Economic Forum (WEF) summit today, the International Monetary Fund has said India is set to regain the title of the fastest growing economy in the world.

Its latest World Economic Outlook update, released in Davos on the sidelines of the WEF, projects India to grow at 7.4% in 2018, while the global growth forecast stands at 3.9%.

In October last year, the IMF had lowered India's growth projection to 6.7%, 0.5 percentage points less than its previous two forecasts in April and July, attributing it to demonetisation and introduction of the GST. Because of this China logged a faster growth (6.8%) in the current year, but is expected to lag behind India in the next two years, decelerating from 6.6% in the next fiscal to 6.4% in FY20.

According to Maurice Obstfeld, IMF Economic Counsellor and Director of Research, China is expected to cut back the fiscal stimulus of the last couple of years and, in line with the stated intentions of its authorities, rein in credit growth to strengthen its overextended financial system. Consistent with these plans, the country's ongoing and necessary rebalancing process implies lower future growth.

The United States, the other major economy driving current and near-term future growth, is headed for slower growth, too. Because, as Obstfeld puts it, "whatever output impact its tax cut will have on an economy so close to full employment will be paid back partially later in the form of lower growth, as temporary spending incentives (notably for investment) expire and as increasing federal debt takes a toll over time."

The outlook, nonetheless, is rosy for the world. "The cyclical upswing underway since mid-2016 has continued to strengthen. Some 120 economies, accounting for three quarters of world GDP, have seen a pickup in growth in year-on-year terms in 2017, the broadest synchronised global growth upsurge since 2010," said the IMF.

The region that is projected to grow the fastest in the coming year is, predictably, Emerging and Developing Asia, which continues to account for over half of world growth. It is expected to grow at around 6.5% over 2018-19 while the forecast for Advanced Economies is 4.3% and that for Emerging and Developing Europe is 4%. Low-Income Developing Countries are expected to log 5.2% in the coming fiscal.

The best news of all is that IMF sees India's growth accelerating to 7.8% in 2019-2020, the only country (not region) in its list to manage this feat. This fact is sure to work in Modi's favour as he hobnobs with the world's top political and business leaders in Davos-over 2,000 CEOs, 70 heads of state and 45 heads of international organisations are attending the WEF summit.

When he addresses the opening plenary session, experts expect Modi to hard sell India's key economic reforms and better ranking in the World Bank's Ease of Doing Business survey to invite global business players to come and 'Make in India'. What better place to do business than the world's fastest growing major economy?

Of course, the IMF outlook also sounds a note of caution. "As the year 2018 begins, the world economy is gathering speed. This is good news. But political leaders and policymakers must stay mindful that the present economic momentum reflects a confluence of factors that is unlikely to last for long," said Obstfeld. The report adds that the risks to the global growth forecast appear broadly balanced in the near term, but remain skewed to the downside over the medium term.

On the upside, the cyclical rebound could prove stronger in the near term as the pickup in activity and easier financial conditions reinforce each other. On the downside, rich asset valuations and very compressed term premiums raise the possibility of a financial market correction, which could dampen growth and confidence. A possible trigger is a faster-than-expected increase in advanced economy core inflation and interest rates as demand accelerates.

If global sentiment remains strong and inflation muted, then financial conditions could remain loose into the medium term, leading to a buildup of financial vulnerabilities in advanced and emerging market economies alike. Inward-looking policies, geopolitical tensions, and political uncertainty in some countries also pose downside risks.