The two options of borrowing presented by the Ministry of Finance, which primarily require the states to borrow and then meet repayment liabilities will put an extremely "onerous burden" on states, Kejriwal said 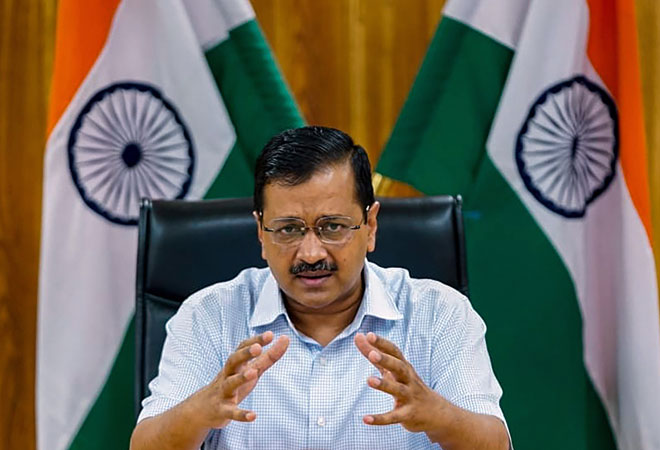 The two options of borrowing presented by the Ministry of Finance, which primarily require the states to borrow and then meet repayment liabilities will put an extremely "onerous burden" on states, he said.

According to an official statement, the chief minister said the GST Council should consider authorising the Centre to borrow on its behalf and extend the period of collection of cess beyond 2022.

Terming the GST reform as a landmark reform in the indirect tax structure of India, Kejriwal in the letter said the assurance of the GST compensation to states to meet the shortfall in collections is one of the pillars on which the entire GST edifice rests.

He also said that all states will overcome the unprecedented situation that the COVID-19 pandemic has brought before the country by working collectively.

"The two options of borrowing presented by the Ministry of Finance, Government of India which primarily require the states to borrow and then meet repayment liabilities will put an extremely onerous burden on States which are, as it is, reeling under financial crisis due to shortfall in revenue collections and an increased commitment of expenditure emerging from COVID-19 response," Kejriwal said in the letter to PM.

He said the Goods and Services Tax (Compensation to States) Act, 2017, very clearly provides for compensation to states for loss of revenue arising on account of the implementation of the GST in pursuance of the provision of the Constitution (101st Amendment Act, 2016).

"To create an artificial distinction between loss occurring due to implementation of GST and those occurring due to COVID-19 pandemic goes against the very spirit of the Compensation Act and will lead to a creation of a trust deficit between the Centre and the States, wherein in future, the states will be hesitant in coming together to achieve more such larger common national goals, as was done through the implementation of GST," he also said.

The Centre and non BJP-ruled states are at loggerheads over the financing of the Rs 2.35 lakh crore GST shortfall in the current fiscal. Of this, as per Centre's calculation, about Rs 97,000 crore is on account of GST implementation and rest Rs 1.38 lakh crore is the impact of COVID-19 on states' revenues.

The Centre last week gave two options to states to borrow either from a special window facilitated by the Reserve Bank of India or from the market and has also proposed extending the compensation cess levied on luxury, demerit and sin goods beyond 2022.