GDP to grow at 5 per cent in FY14, CAD to remain within limit: Chidambaram

Chidambaram based his optimism on several factors such as improvement in Current Account Deficit, output of the services sector and recovery of exports. 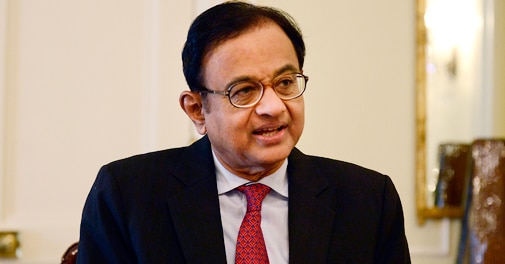 Encouraged by better-than-expected growth in the July-September quarter, Finance Minister P Chidambaram on Monday expressed confidence that the economy would expand by 5 per cent and the fiscal and current account deficits would remain within limits, notwithstanding the present stress.

"We are going through a period of stress but there is a ground for optimism... We hope things will become better in the second half of the current fiscal (2013-14). We hope to achieve a growth rate of 5 per cent," he said.

Chidambaram based his optimism on several factors such as improvement in Current Account Deficit, output of the services sector and recovery of exports.

The Reserve Bank data showed on Monday that decline in gold imports and turnaround in exports helped narrow India's CAD sharply to $5.2 billion, or 1.2 per cent of GDP, in the July-September quarter of the current fiscal.

"We are satisfied with 4.8 per cent growth in Q2 versus 4.4 per cent in Q1 (April-June). We are looking forward to better performance in Q3 and Q4," Chidambaram said.

The economic growth had slipped to decade's low of 5 per cent in 2012-13, and during the first quarter of the current fiscal it was 4.4 per cent.

Several global institutions including World Bank, International Monetary Fund (IMF) and Asian Development Bank (ADB), as well as independent experts have projected growth rate of below 5 per cent for 2013-14.

Chidambaram said that with the recent improvement in some important sectors like manufacturing, better performance of exports as well as certain steps taken by the government the economy can be expected to show further improvement.

He also expressed the confidence that government will be able to achieve the disinvestment target of Rs 40,000 crore and contain the fiscal deficit within 4.8 per cent of the GDP.

In the first seven months (April-October) of 2013-14, the fiscal deficit, which is the difference between the earning and spending of government, was already at 84.4 per cent of the full-year Budget estimates.

"There is some momentum in the beginning of the second half. We will push for tax collections to speed up and once revenue collections speed up, we are confident that we will contain the fiscal deficit," Chidambaram said.

The government will garner little more from the sale of spectrum than the Budget target of Rs 40,000 crore, he added.

On cut in Plan expenditure, Chidambaram said: "We don't cut Plan expenditure. Ministries, departments are usually over-budgeted at the beginning of year and in every year by the time we enter month of December, we know that they cannot spend the entire budgeted amount."

Replying to queries on inflation, Chidambaram said the principal responsibility of taming food inflation and all instruments for that lies with state governments.

The retail inflation swelled to 10.09 per cent in October, mainly on account of high food prices.

The Wholesale Price Index (WPI) based inflation stood at 8-month high of 7 per cent in October. The rate of price rise in food articles was at 18.19 per cent.