India Inc happy with Modi, but holding back on investment: Poll

However, 46% of the respondents in a poll of 50 chief executive officers, said they were watching for improved economic conditions before making planned investments. 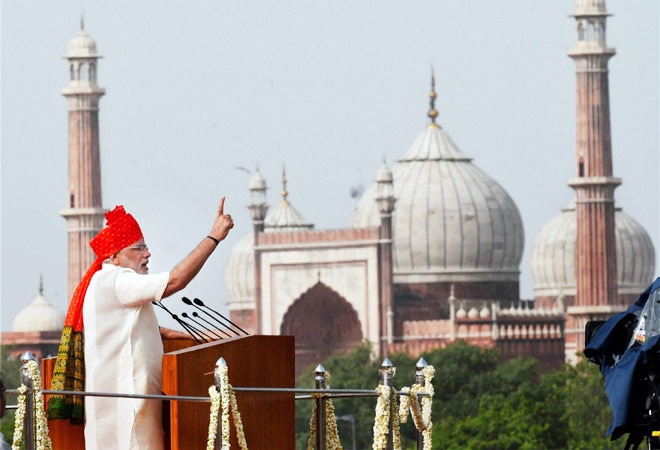 Indian CEOs are optimistic that Prime Minister Narendra Modi will spur the economy, an opinion poll showed on Thursday, but most are not ready to make new investments and say there are no signs yet of improvement on the ground.

The Modi-led Bharatiya Janata Party (BJP) stormed to power nearly three months ago on promises of reviving the economy, which is also Asia's third-largest, but critics say the new premier has so far failed to unveil any sweeping reforms.

Forty-six per cent of the respondents in a poll of 50 chief executive officers conducted by The Economic Times newspaper said they were watching for improved economic conditions before making planned investments that would help revive growth.

While about one-third of the CEOs said they had already decided to increase investments, 12 per cent said they were not sure yet or did not have immediate plans to step up investments.

"The difference yet to be travelled by the government between intention and action manifests itself here," the newspaper said about the findings of the survey.

On the question of how much the economic situation has changed on the ground, the poll showed that only four CEOs gave Modi a rating above six on a scale of 1 to 10, with 10 being the highest.

Though some signs of recovery have emerged, high interest rates and inflation continue to weigh on the Indian economy, as it wades through its longest phase of sub-par growth in decades.

According to a Reuters poll released on Tuesday, the economy likely grew at its fastest pace in two years between April and June. The GDP data is due on Friday.

The executives also said the economy will rebound going forward, with 72 per cent of those polled predicting annual economic growth of between 6-8 per cent in the next three years.

Almost three-quarters of the CEOs said the new government was meeting their expectations, with 18 per cent saying the Prime Minister was performing better than the "most optimistic of expectations".

A public opinion poll released last week by India Today-Hansa Research showed more than 70 per cent of Indians were satisfied with Modi's leadership since he took office in May.

High hopes that Modi will deliver on his promises also boosted foreign inflows in domestic shares this year. The benchmark Bombay Stock Exchange (BSE) Sensex hit a life high of 26,674 on Thursday, heading for its seventh consecutive monthly gain.

The stock market is seen rising further, the Economic Times survey showed, with more than half of the CEOs seeing the Sensex between 27,000 and 35,000 by December 2015.