India's manufacturing PMI stumbles to 56.3 in November vs 58.9 in October

Recent resurgence in infections in some parts of the country pushed local governments to reimpose some restrictions on mobility, threatening the recovery 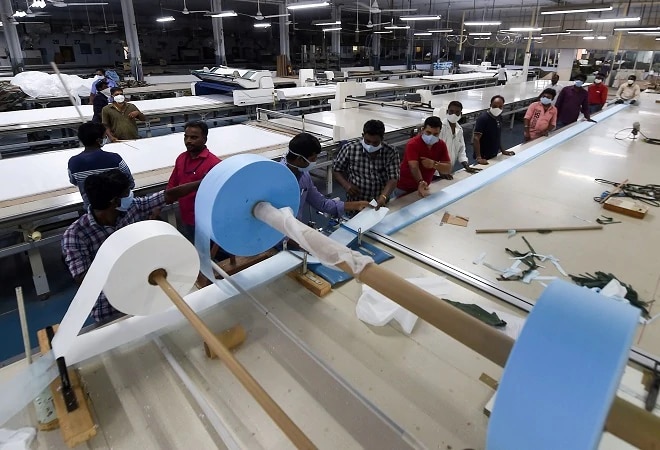 Asia's third-largest economy and the second most affected country by the pandemic contracted 7.5% in the July-September quarter

India's manufacturing recovery faltered in November as coronavirus fears weighed on demand and output, prompting firms to cut jobs for the eighth month in a row, a survey showed.

Asia's third-largest economy and the second most affected country by the pandemic contracted 7.5% in the July-September quarter, compared to a record 23.9% slump in the previous quarter amid some signs of a recovery in manufacturing, official data showed on Friday.

But the Nikkei Manufacturing Purchasing Managers' Index, compiled by IHS Markit, declined to 56.3 in November from October's more than a decade high of 58.9, although it well above the 50-level separating growth from contraction for a fourth month. Sub indexes tracking overall demand and output indicated robust growth but rates of expansion were the weakest in three months.

"Although the softening of rates of expansion seen in the latest month does not represent a major setback, since these are down from over decade highs in October, a spike in COVID-19 cases and the possibility of associated restrictions could undermine the recovery," noted Pollyanna De Lima, economics associate director at IHS Markit.

"Companies noted that the pandemic was the key factor weighing on growth during November, with COVID-related uncertainty also restricting business confidence." Recent resurgence in infections in some parts of the country pushed local governments to reimpose some restrictions on mobility, threatening the recovery.

Millions have already lost their jobs or suffered pay cuts since the pandemic started and manufacturing firms reduced headcount for the eighth month in a row, a streak not witnessed since the survey began in March 2005. Meanwhile, the strongest rise in input costs since August forced firms to increase selling prices at the quickest pace in nine months, indicating overall inflation would remain above the Reserve Bank of India's medium-term target of 2-6%.

That would limit the RBI's room to ease monetary policy further. Optimism about the coming 12 months waned for the first time in six months despite rising hopes on the progress of coronavirus vaccines, which has boosted global stock markets to record highs.