Officials from India and Pakistan discussed problems relating to the Indus Basin at the two-day Indus Water Commission meeting which began here on Monday after a gap of nearly two years following the tensions in bilateral ties after the Uri attack. 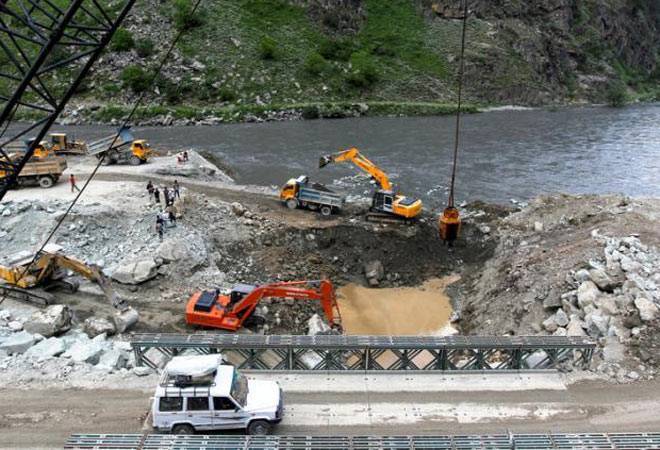 Officials from India and Pakistan discussed problems relating to the Indus Basin at the two-day Indus Water Commission meeting which began here on Monday after a gap of nearly two years following the tensions in bilateral ties after the Uri attack.

"The talks have started Monday which is good for relations of the two countries," Pakistan's Minister for Water and Power Khawaja Asif said.

The 10-member Indian delegation led by Indus Water Commissioner P K Saxena held a close door meeting with the Pakistani side which was headed by Mirza Asif Saeed.

During the meeting, Pakistan will highlight concerns about the three Indian hydro projects being built on the rivers flowing to Pakistan.

They are the 1,000 MW Pakul Dul on Chenab, the 120 MW Miyar, located across Miyar Nalla which is a right bank main tributary of the Chenab, and the 43 MW Lower Kalnai hydro project on Lower Kalnai Nalla.

Pakistan contends that the projects were violating the Indus Waters Treaty of 1960.

Pakal Dul and Lower Kalnai are being built in Jammu and Kashmir at a cost of INR 7,464 crore (November 2008 price) and INR 396 crore respectively. Miyar hydroelectricity project, located in Himachal Pradesh's Lahaul Spiti district, is estimated to cost INR 1,125 crore.

Monday meeting is the 113th session of the Permanent Indus Waters Commission. The last meeting of the commission was held in 2015.

Another meeting planned in September 2016 was cancelled due to tension following the Uri terror attack by Pakistan- based outfits.

Asif said that Indus Waters Treaty is one of the world agreements which provides amicable solution of serious water issues between Pakistan and India.

Addressing a news conference here, Asif Monday said Secretary level talks on Ratle hyderoelectric plant will begin on 12th of next month in Washington between the two countries.

Asif expressed the hope that things will move in the positive direction as a result of meeting between Permanent Indus Commissioners of Pakistan and India.

He said outstanding problems relating to the Indus Basin will be discussed during the meeting, Radio Pakistan reported.

He said Pakistan has welcomed the readiness of India for talks.

To a question, he said Pakistan is pressing for implementation of arbitration court's decision on Kishanganga.