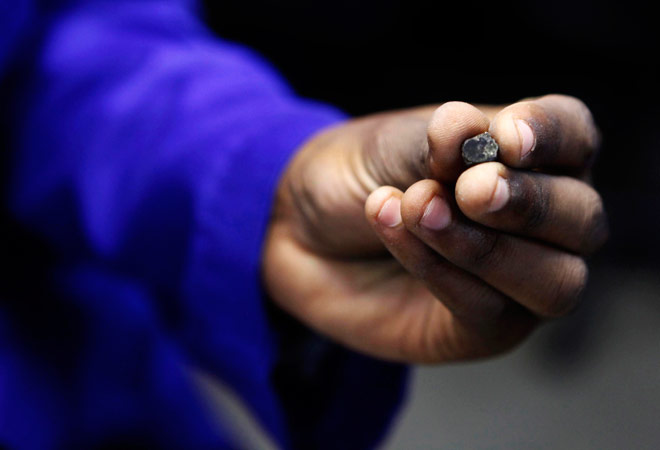 "Already one of the world's largest markets for diamond jewellery, the growth of the middle class in India over the next decade is set to make a major contribution to growing diamond demand," according to De Beers Group of Companies' Diamond Insight Report 2015.

The diamond industry fundamentals support the long-term confidence in the sector as India presents further growth opportunity, it said.

"The challenges faced by the sector in 2015 are expected to be short-term and the industry has excellent prospects. The long-term trend for demand has been positive, with consistent growth in demand for diamond jewellery since the 2008/9 financial crisis. There are also further exciting growth opportunities in the main consumer markets and India is a great example of this," De Beers Group CEO Philippe Mellier said.

As affluence continues to grow, more Indian women will be able to purchase diamonds. As many as 75 million new Indian households are expected to see income rise above $5,000- 6,000 in the decade, contributing to growing diamond demand.

Meanwhile, the number of elite households is expected to triple over the next decade to 12 million, while the super elites are expected to quadruple in size and reach over three million households by 2024, presenting the industry with a further growth opportunity, the report said.

De Beers said global diamond jewellery demand rose 3 per cent to exceed $80 billion for the first time in 2014 - representing the fifth year of consecutive growth since the global recession - while global rough diamond production rose six per cent to $19 billion.

Consumer demand in 2014 grew in each of the top five diamond consuming markets - the US, China, Japan, India and the Gulf - which account for 75 per cent of global demand.

Despite the strong performance in 2014, the report noted that the continued strength of the US dollar and lower demand growth in China is likely to mean that global growth in US dollar terms in 2015 will remain stable on 2014 levels.