The minister further said that he received a reply on his letter from his Swiss counterpart and will send India's response in the next few days. 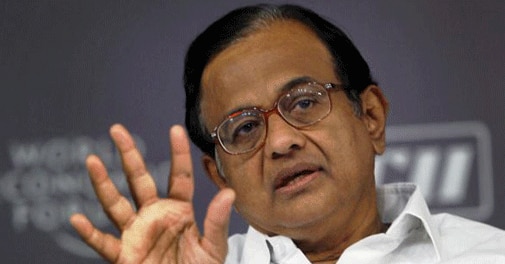 The minister further said that he received a reply on his letter from his Swiss counterpart and will send India's response in the next few days.

"This is a matter where Swiss Minister and I are discussing with each other how information into specific account (relating to black money) can be provided by the Swiss government to Indian government," Mr Chidambaram said while replying to a media query at the AICC headquarters.

On his letter to Swiss Finance Minister Eveline Widmer- Schlumpf for revealing information on bank accounts in Switzerland, he said, "We have got a reply. I got a reply a week ago and we are working on a further letter now."

As regards content of the letter, he said, "it's long reply and the Minister has defended the Swiss position in some matter. The Minister has made conciliatory statement in one of the matters. The reply is being studied very carefully and we will send further letter in the next few days."

In his two-page letter to Swiss Minister in March, Chidambaram had threatened to drag the European nation to multilateral foras like G20 for continuing to block its requests.

Mr Chidambaram also reminded her of the April 2009 declaration adopted by G20 leaders stating that the "era of bank secrecy is over."

In a strongly worded letter, he said India might examine further steps like declaring Switzerland a non-cooperative jurisdiction if non-cooperation continues.

Mr Chidambaram had said Switzerland did not honour the terms of the Double Taxation Avoidance Agreement (DTAA) between the two nations, under which information about Indians with accounts in Swiss banks has been sought by the tax authorities.