PM Modi made it clear that the lives of 1.3 billion people must be saved. He said Jaan hai to Jahan Hai as public health was at the top of his mind, the BJP chief said 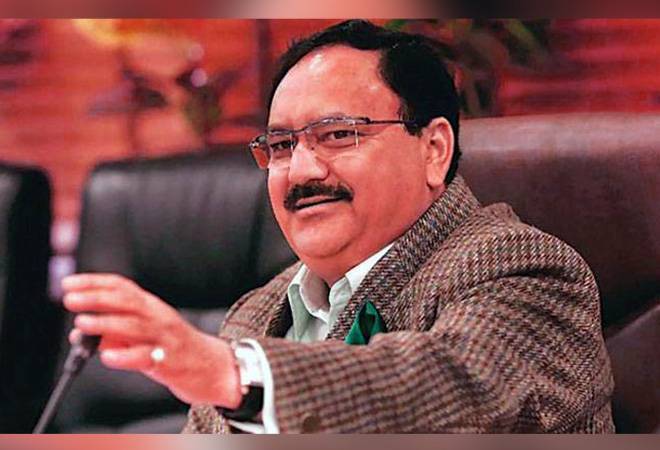 India not only took the bold and timely step of imposing a lockdown to save the lives of 1.3 billion people from COVID-19 but also took care of the economy to turn the tragedy into an opportunity, BJP president JP Nadda said on Saturday. Addressing a meeting of the party's Odisha executive committee, Nadda said that while powerful nations were helpless in combating the pandemic, Prime Minister Narendra Modi was clear in his mind as he took the decisive action of imposing the lockdown in order to save the lives of the people.

PM Modi made it clear that the lives of 1.3 billion people must be saved. He said Jaan hai to Jahan Hai as public health was at the top of his mind, the BJP chief said. The lockdown was imposed well in time and also implemented effectively across the country as a weapon against the pandemic, he said.

Besides taking care of the health-related matters, the Modi government also addressed the economic issues through several programmes such as the 'Garib Kalyan Yojna' and 'Atmanirbhar Bharat', Nadda said. Even the UN secretary-general has acknowledged Indias steps in this regard, he added.

The tragedy and challenges posed by the COVID-19 pandemic were effectively turned into an opportunity by the BJP-led government at the Centre, he said. Nadda's comments came amid the criticism of the government by the opposition over the sharp decline in the GDP.

The countrys economy suffered its worst slump on record in April-June, with the gross domestic product (GDP) contracting by 23.9 per cent as the coronavirus-related lockdowns weighed on the already-declining consumer demand and investment. Noting that all the political parties except the BJP became "inactive" after the lockdown was imposed, Nadda said his party took to the virtual mode and continued to serve the people.

Asserting that the healthcare infrastructure of the country was given a major boost by the government, he said that when the lockdown was imposed India did not have a single COVID hospital, and over 1,500 such facilities with 2.5 lakh beds have been set up in the last few months.

Similarly, daily COVID-19 testing has also increased to over 10.10 lakh, he said. Nadda also hit out at the BJD government in Odisha, accusing it of refusing to implement the 'Ayushman Bharat' programme because of narrow and petty politics, depriving 2.74 crore people of quality healthcare.