"We have written to the Swiss authorities seeking details in this regard. Finance Minister Arun Jaitely had promised that such a step will be taken," a senior Finance Ministry official said. 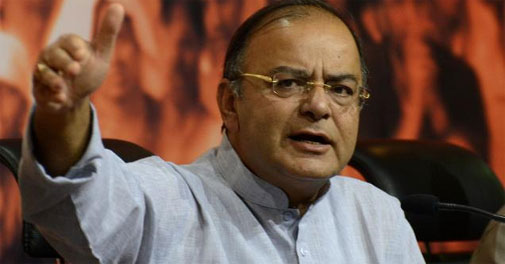 India has made a fresh request to Switzerland seeking bank details and names of Indians having unaccounted money in Swiss banks, as the government expands its efforts to combat the menace of black money .

The latest request has been made by the Finance Ministry after a Swiss government official recently said that Switzerland was ready to cooperate proactively with India to share details on a 'spontaneous' basis about persons and entities suspected to have untaxed assets in Swiss banks.

"We have written to the Swiss authorities seeking details in this regard. Finance Minister Arun Jaitely had promised that such a step will be taken," a senior Finance Ministry official told PTI.

The official said that the request letter has cited the existing bilateral treaties and global protocols applicable to the two countries for getting information about bank and other details of Indians holding untaxed funds or hidden wealth.

A spokesperson for Switzerland's Secretariat for International Financial Matters (SIF) later said that Swiss authorities were in touch with Indian and "Switzerland looks forward to working together with the new government of the Republic of India in its fight against tax evasion."

The Swiss government has been reluctant to share details about the Indians named in a so-called 'HSBC list', which was reportedly stolen by a bank employee and later found its way to tax authorities in various countries including India.

Despite repeated requests from India, including through at least four letters written by former Finance Minister P Chidambaram, Switzerland has maintained that its local laws prohibit administrative assistance in matters where information has been sourced illegally, including through stolen lists.