Post 120 lies along the Shyok-Daulat Beg Oldi (DBO) road. The names of all the 20 Indian Army personnel were inscribed at the unit-level memorial 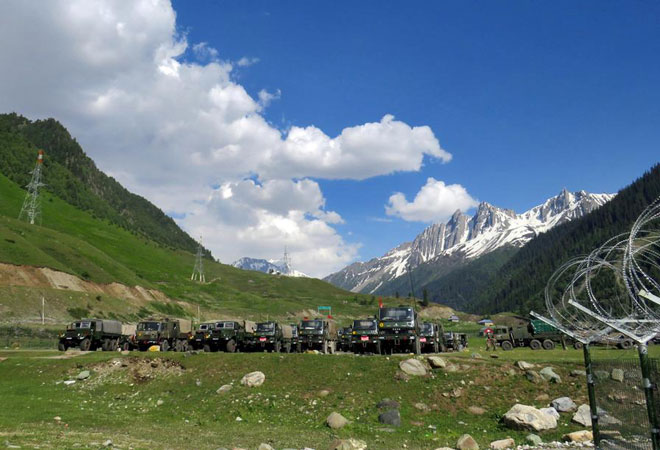 The Indian Army has built a memorial for its 20 personnel who were killed while valiantly fighting Chinese troops in Galwan Valley in eastern Ladakh on June 15, official sources said on Saturday.

The memorial, located at Post 120 in eastern Ladakh and inaugurated earlier this week, mentions the heroics of the 'Gallants of Galwan' under operation 'Snow Leopard' and the way they evicted the Chinese People's Liberation Army (PLA) troops from the area while inflicting "heavy casualties" on them in "hand-to-hand combat".

China is yet to disclose the number of its soldiers killed and injured in the clash though it officially admitted to have suffered casualties. According to an American intelligence report, the number of casualties on the Chinese side was 35.

Post 120 lies along the Shyok-Daulat Beg Oldi (DBO) road. The names of all the 20 Indian Army personnel were inscribed at the unit-level memorial.

Colonel B Santosh Babu, the commanding officer of the 16 Bihar regiment, was among the Indian Army personnel killed in the clash that had significantly escalated the border tension between the two countries with India calling it "a premeditated and planned action by China".

The Chinese soldiers used stones, nail-studded sticks, iron rods and clubs in carrying out brutal attacks on Indian soldiers after they protested the erection of a surveillance post by China around patrolling point 14 in Galwan Valley.

Giving a brief account of Operation "Snow Leopard", the Army mentioned in a plaque at the memorial that Colonel Babu led the 'Quick Reaction Force' of 16 Bihar Regiment and attached troops tasked to evict a group of Chinese troops from the general area in 'Y nala' (a junction) and stop them from moving further to Patrolling Point 14.

"The column successfully evicted the PLA OP from Y Nala and reached PP14 where a fierce skirmish broke out between the IA (Indian Army) and PLA troops. Col B Santosh Babu led from the front and his troops fought gallantly in hand-to-hand combat, causing heavy casualties to the PLA. In the ensuing fight twenty 'Gallants of Galwan' achieved martyrdom," the Army wrote.

The list of 20 personnel in the memorial included three naib subedars, three havildars and 12 sepoys.

The defence ministry has also started the process to inscribe the names of Colonel Babu and other soldiers at the National War Memorial in Delhi.

During a visit to Lukung forward post in eastern Ladakh on July 17, Defence Minister Rajnath Singh personally conveyed his appreciation and compliments to the troops from the Bihar regiment for displaying exemplary grit and courage in fighting the Chinese troops.

In his address to the soldiers, the defence minister said the Indian soldiers killed in the Galwan Valley clash not only showed exemplary courage in safeguarding the border but also protected the pride of 130 crore Indians.

Army Chief Gen M M Naravane has already awarded 'Commendation Cards' to five soldiers of the unit for their bravery in dealing with Chinese troops during the Galwan Valley clashes as well as confronting them in Pangong Tso in May.

India and China are locked in a five-month-long bitter border standoff in eastern Ladakh that has significantly strained bilateral ties.

Both sides held a series of diplomatic and military talks to resolve the row. However, no breakthrough has been achieved to end the standoff.