Flipkart accounted for more than half of the Gross Merchandise Value (GMV) for the entire industry between the Diwali sale period of October 9 and October 14, 2018. 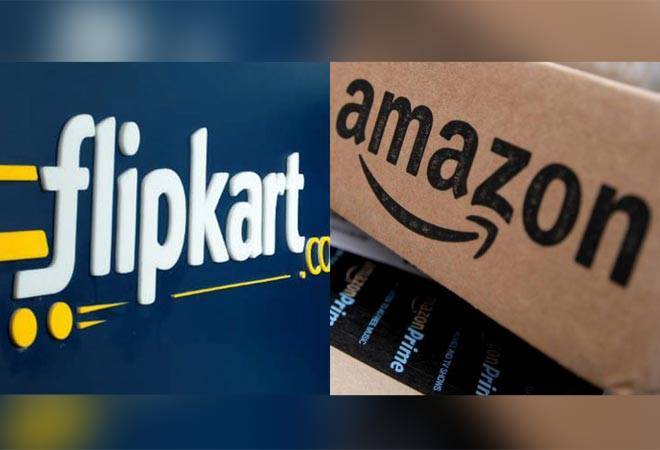 Walmart-owned Flipkart beat Amazon hands down in the recently concluded festival sales, going by an analysis of RedSeer Consulting, a research and advisory firm.

Flipkart, the research firm said, accounted for more than half of the Gross Merchandise Value (GMV) for the entire industry between the Diwali sale period of October 9 and October 14, 2018. The e-tailing industry raked in a GMV of Rs 15,000 crore or about $2.3 billion - Flipkart accounted for 51 per cent of this, while Amazon accounted for 32 per cent.

"We cannot comment on speculative reports that lack robust and credible methodology. We received an overwhelming response to the Great Indian festival, with first 36 hours nearly surpassing the entire first wave last year and the entire wave growing by 96 per cent versus last year," Amazon reacted in a statement.

"Additionally, with orders from 99 per cent of pin codes in just four days, Prime member signups surging nearly 3X, over 60 per cent new customer growth with more than 82 per cent from lower tier cities, the festive season so far has exceeded our most aggressive plans," the statement added.

Anil Kumar, Founder and CEO of RedSeer told Business Today that the company arrives at the GMV and market share numbers through consumer interviews, and expert interviews across the ecosystem to get a broad sense of the total number of shipments.

"We have also spoken to brands on the volumes they sold and on what platform. So it was lot of interviews across the supply chain, including brands, sellers, and consumer surveys among others. We then multiplied it by the average selling price (ASP) to get to the number," Kumar said.

Kumar, however, did not disclose the number of overall people interviewed for the survey.

RedSeer's numbers reflect how Flipkart and Amazon have polarised the industry. It is nearly a duopoly in the e-tailing market with Snapdeal, PayTM Mall, Myntra and Jabong sharing rest of the 17 per cent GMV share.

Yes, that's right - Flipkart's numbers don't include that of its subsidiaries, Myntra and Jabong - which is why it is impressive.

"Between Flipkart and Amazon, the share was 62-38. Higher share for Flipkart was driven by higher sales in both mobiles and fashion verticals," the company reported.

"While the fashion and smartphone verticals grew by 78 per cent and 70 per cent respectively, consumer electronics grew by only 45 per cent. This is despite large investments by both players in supply chain and affordability initiatives like Debit Card EMIs," the report stated.

In terms of value, however, larger appliances form a chunkier part. Mobiles generated 55 per cent of the sales mix, followed by larger electronics at 23 per cent and fashion at 14 per cent.

Diwali festive sales, meanwhile, has been steadily growing bigger every year. In the same period of 2017, the e-tailing industry garnered a GMV of $1.4 billion. In October 2015, the GMV was at $0.67 billion.

"Day-2 of the five-day sale was the biggest in terms of GMV as it saw the launch of multiple new exclusives in mobile phones and offers on other platforms as well," RedSeer stated.

"Post second day, the growth of GMV stalled a bit with last three days accounting for only 42 per cent of sales compared to 60 per cent in the first two days. The same trend has been observed in the past years as well. This clearly indicates the customers' intent to buy before the sale starts."