While 7.1 percent GDP expansion was well below economists' predictions and the 7.9 percent growth registered in the preceding quarter, it was still faster than figures reported by China and the Philippines. 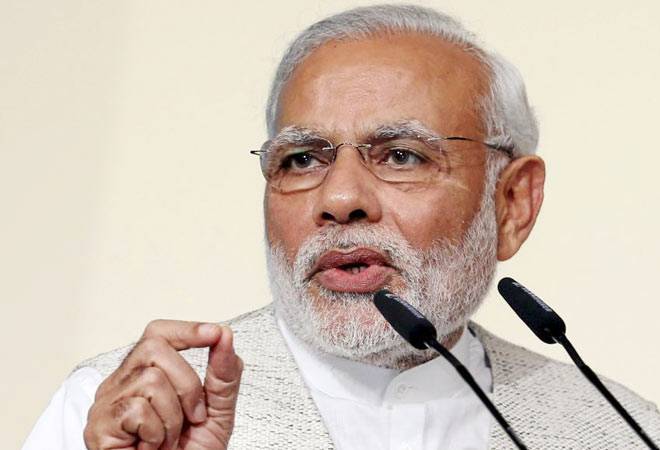 India's economic growth hit a 15-month low between April and June, putting Prime Minister Narendra Modi's target further out of reach and making it tougher for him to create millions of new jobs for a burgeoning workforce.

While 7.1 percent GDP expansion was well below economists' predictions and the 7.9 percent growth registered in the preceding quarter, it was still faster than figures reported by China and the Philippines.

But the title of world's fastest-growing large economy does not mask the challenge Modi faces in delivering on his promise of creating 250 million jobs over the next decade.

The government is targeting average growth of around 8 per cent, which economists say is the bare minimum needed to provide jobs to around one million people who enter the workforce every month.

Since taking office in 2014, Modi has taken a raft of measures to attract foreign investors and revive listless domestic investment. But those initiatives have not yet succeeded in convincing cautious companies to commit to fresh capital spending.

Investment as a proportion of GDP fell by about 3 percentage points in the June quarter from the corresponding period a year ago. Worryingly, private consumption that had been underpinning economic growth thus far weakened.

Annual growth in private spending slowed to 6.7 per cent in the latest quarter from a 7 per cent increase in the same period last year. The slowdown more than offset a 19 per cent annual surge in public spending.

"Growth continues to be driven by government spending..., which is a worry," said Abhishek Upadhyay, an economist at ICICI Securities Primary Dealership Ltd in Mumbai.

The reading on private consumption may complicate the central bank's decision on whether to resume interest rate cuts or stay put.

For some economists, Wednesday's data strengthen the case for a rate cut in the October-December quarter.

But with consumer price inflation running at 6.07 per cent, above the Reserve Bank of India's (RBI) target band, the incoming governor, Urjit Patel, has a balancing act to perform.

A hefty hike in wages for nearly 10 million central government employees and pensioners is widely expected to fuel spending, countering some of the caution among urban consumers caused by low wage growth.

"Given that the RBI faces a tough challenge in meeting its inflation targets, we think that it will keep the repo rate on hold," said Shilan Shah, economist at Capital Economics consultancy in Singapore.

The new RBI governor will also have to decide whether to take the GDP figure at face value.

It has been more than a year since India shifted to a new method of measuring economic output, which captures value addition rather than production volumes, and economists are still struggling to square GDP figures with reality on the ground.

For example, other indicators point to persistent weakness in manufacturing, but GDP data show a robust 9.1 growth in the sector.

Still, few would dispute that India remains a bright spot in a gloomy global environment, which explains why foreign investors are buying shares in Indian firms. The benchmark National Stock Exchange index has added 8 percent this year.

Looking ahead, bountiful rains in the June-September monsoon season should provide some support to growth and relief to India's 263 million farmers as they recover from two consecutive drought years.

That should help lift farm output, which grew 1.8 percent from a year earlier in the June quarter.

Normal rainfall this summer would boost rural consumption by $80 billion in the year to end-March 2017, according to Citibank's estimates.

"We hope that in the second half, consumption will support growth," said Shubhada Rao, group president and chief economist at Yes Bank.