Two years of near double-digit inflation, stubbornly high because of market inefficiencies and supply bottlenecks rather than strong demand, combined with faltering growth and stagnating wages have squeezed India's consumers. 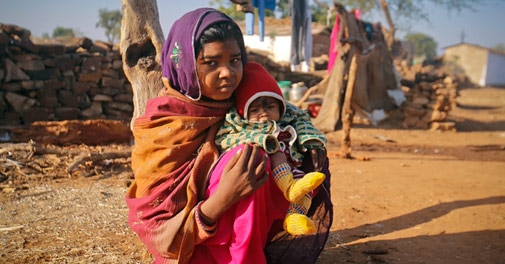 India needs faster growth to create enough jobs for 200 million Indians who will be reaching working age over the next two decades(Photo: Reuters)

Software engineer Sanjay Bhatnagar used to watch a new Bollywood movie every week with his family, but now goes to the cinema once a month as spiralling costs of food and other staples eat into his budget for non-essentials.

"It was becoming an expensive indulgence," he says. "Household expenses have risen manifold, but income is virtually stagnant. I had to prioritise."

While Prime Minister Narendra Modi's election triumph two months ago and his promises of economic revival buoyed business confidence and India's financial markets, Bhatnagar and millions like him remain pessimistic and anxious about the future.

Two years of near double-digit inflation, stubbornly high because of market inefficiencies and supply bottlenecks rather than strong demand, combined with faltering growth and stagnating wages have squeezed India's consumers.

Bhatnagar, 36, who works for a medium-sized Indian IT firm, says his monthly expenditure has exploded in the past 12 months because of rising costs of food, fuel and school fees for his eight-year old daughter, but his salary has not changed. "It has been difficult to manage expenses. You have no choice but forgo certain pleasures, certain luxuries."

Salaries are likely to rise by 10 per cent this year, according to a survey by global human resources consultancy Aon Hewitt, barely beating expected average inflation of 8 per cent.

Getting consumers to spend more is essential for Asia's third-largest economy to end its longest spell of sub-5 per cent growth in a quarter-century.

It needs faster growth to create enough jobs for 200 million Indians who will be reaching working age over the next two decades, the largest youth bulge the world has ever seen.

Modi, armed with the strongest mandate in 30 years, appears well aware of the growth imperative and his record as a leader of the state of Gujarat, India's industrial powerhouse, has fuelled hopes he can repeat his success on the national stage.

Those hopes are still running high among investors and business executives.

A recent report by professional services firm Grant Thornton showed Indian executives were the most upbeat among their peers from 34 major economies, while the benchmark stock index BSE Sensex is up about 23 per cent this year.

That optimism has yet to rub off on consumers, who remained pessimistic for the 33rd month in a row in June, according to a monthly survey by ZyFin Research.

With private spending accounting for 60 per cent of India's economy, that bodes ill for a lasting turnaround.

"Until companies see definite signs of demand recovery, they will not be encouraged to boost their capacity," said Devendra Kumar Pant, chief economist at India Ratings & Research.

Hindustan Unilever, for example, is expected to report weak sales growth for a ninth straight quarter when its releases earnings next week.

Yum Brands Inc, which operates KFC, Pizza Hut and Taco Bell fast-food restaurants in India, reported a 2 per cent fall in same-restaurant sales at its India division last week. Similarly, Jubilant Foodworks Ltd, which runs the Dominos Pizza chain in the country, reported a sharp slowdown in same-store sales growth in the fiscal year that ended in March.

"For the first half of this (fiscal) year, the companies are not as optimistic as the street (market) is," he said. "The reversal in sales growth is expected only after October."

Home sales in big cities nearly halved in the April-June quarter from a year earlier despite developers offering discounts of up to 10 per cent, according to a survey by online property portal proptiger.com.

To spur demand, Finance Minister Arun Jaitley last month extended excise duty cuts for cars and other consumer goods until the end of this year. He also announced breaks for individual taxpayers in the 2014-15 budget.

"These are positives but consumers won't start spending overnight," said Pant of India Ratings. "They first need to feel confident that the economy is on a sustained recovery path."

A record drop in inflation in June and a spike in industrial output in May have bolstered hopes that the economy is finally on the mend. But delayed monsoon rains are clouding the outlook.

This year, however, India faces the risk of the first drought in five years, which could stall nascent recovery. In a sign of things to come, tractor sales at India's largest utility vehicle maker Mahindra and Mahindra (MAHM.NS) rose only 1 per cent year-on-year between April and June compared with a 26 per cent jump during the same period a year ago.