Indian rupee weakens further to 62.75 against US dollar 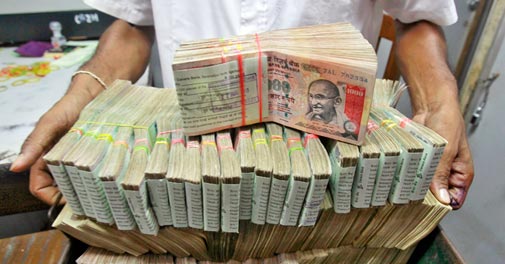 The Indian rupee remained weak for the third straight trading session on Tuesday, moving down further by 15 paise against the US dollar to close at 62.75, on sustained month-end dollar demand from importers amid firm dollar overseas.

In straight three trading sessions, the domestic currency has tumbled by 98 paise or 1.59 per cent, against the Greenback.

The BSE Sensex closed up by a mere 19.25 points, or 0.10 per cent, on Tuesday while FIIs, after recent inflows, withdrew $4.15 million from stocks on Monday.

"Resistance for USDINR (Spot) pair is at 63.00 - 63.10 levels... If these levels are breached convincingly, then expect the rupee to depreciate further. The trading range for the USD/INR pair is expected to be within 62.20 to 63.20," said Pramit Brahmbhatt, CEO, Alpari Financial Services, (India).

The US dollar was trading higher by 0.13 per cent against its major rivals, but gains appeared limited due to the prospects of extended monetary stimulus by the Federal Reserve.