The rupee's fall has made Indian cotton the cheapest in the world and attractive for Asian buyers, Atul Ganatra, president of the Cotton Association of India (CAI) said 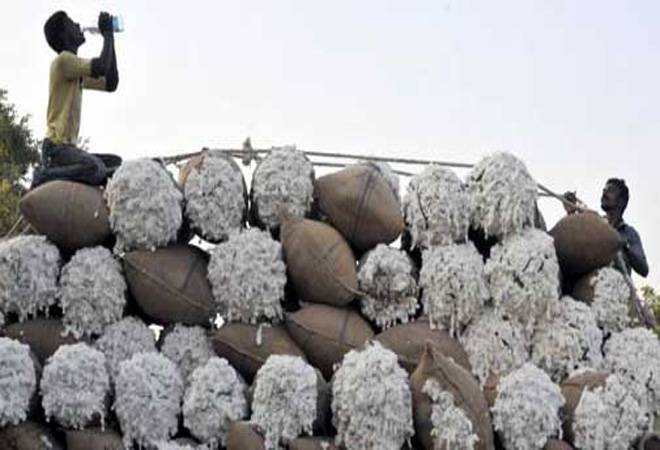 India's cotton exports could rise to 4.7 million bales in 2019/20, up 12% from the previous estimate, as a fall in the value of the rupee to a record low made shipments competitive, a trade body forecast. Higher exports by the world's biggest cotton producer could put pressure on global prices, which are trading near their highest level in more than two months.

Indian exports could also limit shipments from rivals such as the United States, Brazil and Australia to key Asian buyers such as China, Bangladesh and Vietnam. The rupee's fall has made Indian cotton the cheapest in the world and attractive for Asian buyers, Atul Ganatra, president of the Cotton Association of India (CAI) said.

Indian cotton was sold at around 62 cents per pound on a cost and freight basis (C&F) to Asian buyers such as Bangladesh, while the supplies from the United States were available at around 70 cents, Ganatra said on Monday. The South Asian country exported 4.2 million bales in 2018/19, the lowest in a decade.

India is expected to produce 33 million bales in the marketing year ending Sept. 30, down 7% from the previous estimate, the CAI said"Sowing of winter crop was possible this year due to availability of water. Many farmers did not wait for the last picking of cotton. They uprooted cotton plants to make space for winter crops," Ganatra said.

Despite lower production and higher exports, India will have ample surplus due to a steep fall in the consumption, which the CAI said could drop to 28 million bales in the current year, down 15% from the previous estimate.

Also read: After haste to quit India in March and April, FPIs infuse Rs 9,000 crore into Indian equities in May so far

Coronavirus: WHO stops trial of hydroxycloroquine due to safety concerns