The survey, which is based on over 15,000 responses from over 10,000 people from across 204 cities and conducted by online platform LocalCircles, also revealed that as many as 42 per cent of the respondents did not have any travel plan for domestic travel at all 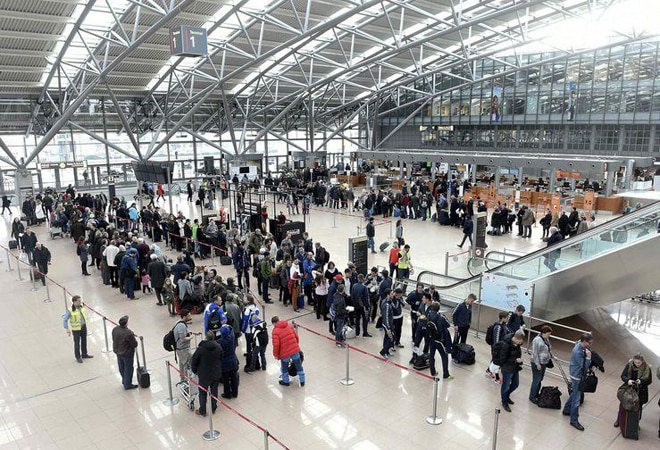 Many people may put off their international travel plans due to concerns over the spread of new variant of coronavirus in some countries and possibility of flight bans by nations like Dubai, France and Singapore, a survey has revealed. The survey, which is based on over 15,000 responses from over 10,000 people from across 204 cities and conducted by online platform LocalCircles, also revealed that as many as 42 per cent of the respondents did not have any travel plan for domestic travel at all.

Post lockdown, the government hasn't yet allowed regular operation of international flights, instead it operates transport bubbles with 23 countries, including the UK via the Vande Bharat Mission.

However, India imposed a temporary on flights from and to the UK from December 23 till December 31 following the detection of the new variant of the virus in the UK.

LocalCircles has conducted a survey to understand the impact of this new strain of coronavirus on international travel plans of Indians in the next three months.

The platform has observed an increase in citizens' posts suggesting that many may hold back on their travel plans to any international countries as fear and anxiety of getting infected by this new strain as well as the possibility of flight bans from other airline hubs like Dubai, Singapore, Paris, etc. has increased, LocalCirles said in a release.

The survey also tried to understand people's plan to undertake domestic travel in the next three months as with reducing case-loads and COVID fatigue setting in, many more have started to travel since October, it said.

Consumers were asked about their situation in regard to undertaking international travel in the next three months, according to the online platform.

"Local circle received 7,820 response, of which as many as 71 per cent consumers said that they have no plans to undertake international travel in the next 3 months. while 2 per cent said they have bookings and will likely travel, and another 2 per cent saying that have bookings but may cancel based on COVID situation," it said.

"The aggregate feedback of consumers suggests that the new virus strain that was recently detected in the UK and related flight bans, the majority planning international travel in the next 3 months are likely to hold back," the survey revealed.

Overall, the survey indicates that the mutant coronavirus and related flight bans have led to 66 per cent of consumers planning international travel in the next 3 months to hold back.

However, if India is able to contain the spread of Covid and the new virus mutations, domestic travel is likely to be strong. And if that happens, it seems likely that many might cancel their trip to Switzerland in favour of Dalhousie or Kashmir.