What steps did govt take to rein in inflation, asks P Chidambaram

"...I too rejoice in decline in inflation, but we must ask ourselves what has caused this happy development," said former finance minister P Chidambaram. 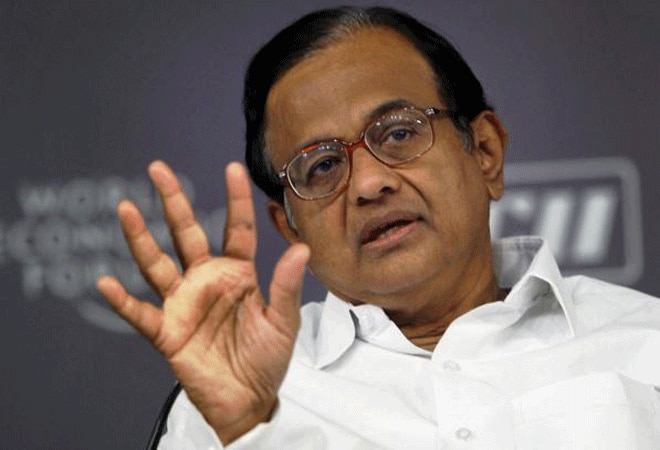 Attributing the decline in inflation to fall in global commodity prices, former Finance Minister P Chidambaram on  Wednesday said the government should persuade RBI to cut interest rates if it believed the price situation would continue to improve.

The September WPI inflation fell to a five-year low of 2.38 per cent on the back of declining food prices, prompting the government to assert that India is heading towards a "low and stable" price regime.

The retail inflation (CPI) for the month too has fallen to 6.46 per cent, the lowest since government started releasing the new CPI series in January 2012.

"...I too rejoice in decline in inflation, but we must ask ourselves what has caused this happy development. The main reason is the decline in commodity prices worldwide, especially the price of crude. Another key reason is the government's willingness to stick to the fiscal deficit target of 4.1 per cent for 2014-15, originally set in the interim budget (by the UPA)," Chidambaram said.

The former Finance Minister further said if the government believed "that the decline in the rates of inflation will prove to be a secular decline, it should persuade the RBI to cut the policy rates."

Chidambaram said he regretted that the government has not moved forward on the Food Security Act, which might have saved the exchequer Rs 60,000 crore.

Similarly, he added the government was holding back funds towards food security programme MNREGA. "These unwelcome developments may have affected the demand."

Referring to the government's initiative of unloading of stocks of wheat and rice in open market, nudging states to amend APMC Act, asking them to take action against hoarders and imposing MEP on exports, Chidambaram said these were continuation of the UPA government's measures.

"While we welcome them, we would like to know what new measures were taken by the government that contributed to the decline in inflation rates," he said.

Finance Minister Arun Jaitley on Tuesday had attributed the declining inflation to the initiatives taken by the NDA government and had exuded confidence that the country was on the way to achieve a low and stable price regime.

"It is heartening to note that we have been able to bring food inflation under control. Growth in vegetable and protein prices that have been contributing to the recent increase in inflation rates have shrunk, thanks to the steps taken by the government," Jaitley had said in a statement.