Infosys co-founder Narayana Murthy's biopic is in works; film to be released in three languages 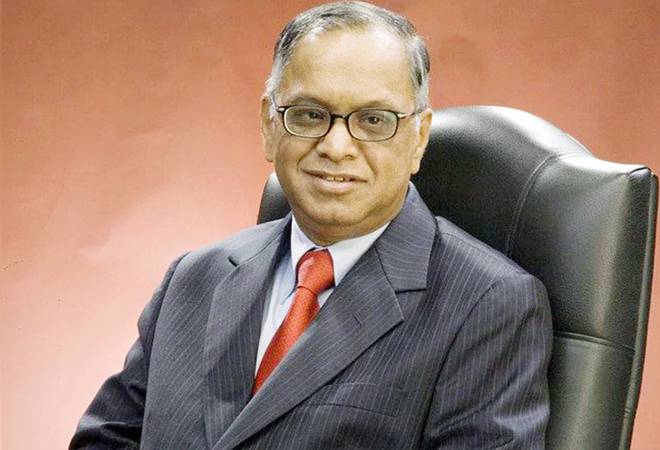 The film will be produced in Infosys founder Narayana Murthy's native tongue Kannada, besides Tamil and Hindi

The life of Infosys co-founder Narayana Murthy and wife Sudha Murty will soon be imitated on the silver screen. Writer-Director-producer duo Ashwiny Iyer-Tiwari and Nitesh Tiwari are in the process of giving the final touches to movie's screenplay. The film will be produced in Murthy's native tongue Kannada besides Tamil and Hindi.

"When we approached Mr Murthy, he wanted us to be accurate and set a deadline for the movie. He did not want a project that was neverending. The sooner the world knows the story, it is better" Iyer-Tiwari told the Economic Times.

Reacting on the project chronicling their lives, Murty enunciated, "I happily watch movies made on the life and achievement of others. Like, for instance, the one on MS Dhoni. But I would feel too shy to talk about or watch a movie on us. But, maybe we cannot escape, that is a fact of life." Movies are not a new experience for Murty. She has made small appearances in Kannada movies such as 'Prarthane', 'Preethi Illada Mele', and 'Uppu, Huli, Khara' before.

Murty heads Infosys Foundation and is a prominent philanthropist herself.

Presently, the film-makers are in the process of gathering information from the couple's family and friends, including their son Rohan. They have registered the working name of the film as "Murthy" but are yet to officialise the title or crew, the news daily reported.

"Our focus now is to finish the script. Once it is ready, we will finalise the cast. There are so many good actors, it allows us to expand the canvas," said Iyer-Tiwari.

Iyer-Tiwari has directed Kangana Ranaut-starrer, 'Panga' which is based on a kabaddi champion's return to the pitch following motherhood. The film is currently running in theatres.

In 1981, Sudha Murty pledged her gold to give Rs 10,000 to the Murthys after which they went on to form Infosys in Pune with six co-workers at Patni Computers. They moved their company to Bengaluru later.

Also Watch: This is how Sudha Murthy pays respect to her former professor!