Karti tells ED he never met Indrani except once when the CBI took him to Byculla Jail in Mumbai for confrontation where she was lodged at that time. 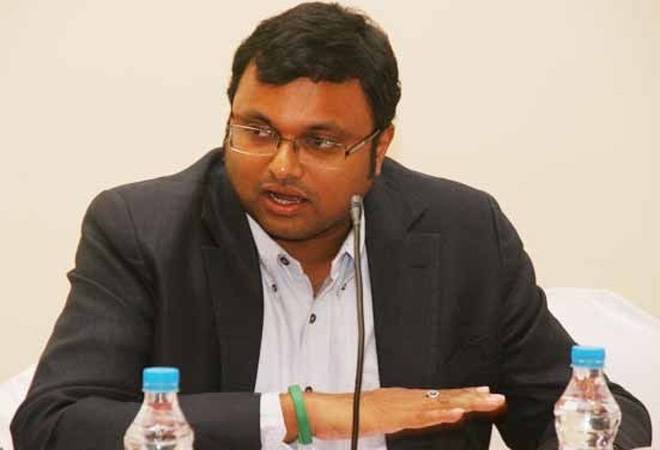 As per India Today, Karti denied meting main accused Indrani Mukerjea in connection with the INX Media deal. He also told them he never met her except once when the CBI took him to Byculla Jail in Mumbai for confrontation where Indrani was jailed at that time. He also denied meeting her husband Peter Mukarjea ever in his life, the report added. Both Peter and Indrani Mukerjea are the prime suspects in the money laundering case.

The CBI had also arrested Karti in February 2018 after filing an FIR on May 15, 2017, for the alleged irregularities in the Foreign Investment Promotion Board (FIPB) clearance to INX Media. As per the allegations, INX Media received foreign funds worth over Rs 305 crore in 2007 when P Chidambaram was the country's finance minister.

The probe agencies are also probing the link between Karti Chidambaram and INX Media through a transaction worth Rs 10 lakh made by INX media to Advantage Strategic Consulting Pvt Ltd, a firm that was indirectly linked to Karti. The allegations suggest Karti took money from INX Media to stop a probe against INX Media for violating FIPB conditions to get investment from Mauritius, and to stop probe against INX Media during the time when Congress-led government was in power.