Chidambaram, who is lodged in Tihar Jail under judicial custody, has moved the top court, challenging the Sept 30 verdict of the HC which had dismissed his plea seeking bail in the case 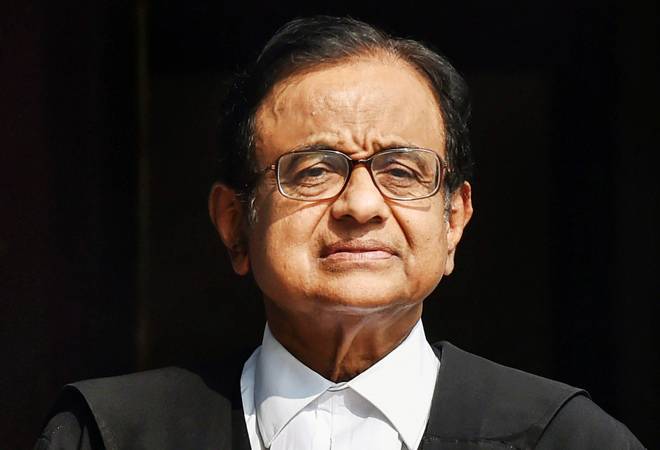 A bench of justices R Banumathi and Hrishikesh Roy asked Solicitor General Tushar Mehta, appearing for the CBI, to file its response and posted the matter for hearing on October 15.

Chidambaram, who is lodged in Tihar Jail under judicial custody, has moved the top court, challenging the September 30 verdict of the Delhi High Court which had dismissed his plea seeking bail in the case.

Chidambaram, 74, is in custody since his arrest by the CBI on August 21.

The CBI had registered an FIR on May 15, 2017, alleging irregularities in the FIPB clearance granted to the INX Media group for receiving overseas funds of Rs 305 crore in 2007 during Chidambaram's tenure as finance minister.

Thereafter, the ED lodged a money laundering case in this regard in 2017.

At the outset, senior advocate Kapil Sibal, appearing for Chidmabaram referred to the high court's September 30 verdict and said that the high court had applied three tests-- flight risk, tampering of evidence and influencing witness-- while deciding the bail petition.

Sibal said that on two counts, flight risk and tampering of evidence, the high court has ruled in favour of Chidambaram, while on the third count of influencing witnesses, the verdict has gone against the senior Congress leader.

"This is concerning the CBI case. What has happened to the ED's case," the bench asked Sibal and senior advocate Abhishek Manu Singhvi who was also representing Chidambaram.

Responding to the query, Sibal said that ED has not yet arrested Chidambaram in the money laundering case.

Sibal and Sighvi told the bench that they would take 30 minutes to argue the matter.

The bench told Mehta to file the response on behalf of the CBI and posted the mater for hearing on October 15.

Mehta told the court that he would file response on behalf of CBI by October 14.

Sibal told the court that they would also find a rejoinder, if necessary, on the CBI's response.

The bench directed that the response and counters to be filed by October 14.