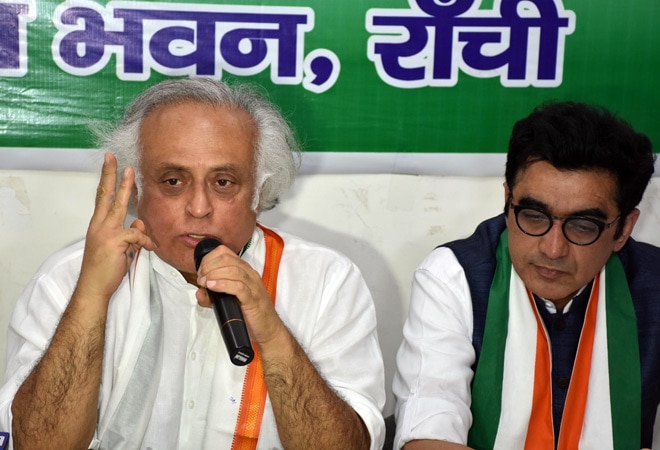 Congress leader Jairam Ramesh on Saturday tendered an apology to Vivek Doval, the son of National Security Advisor Ajit Doval, before a Delhi court in connection with a criminal defamation case. Vivek Doval had filed a criminal defamation complaint against the Caravan Magazine and Ramesh for allegedly defaming him through an article and a press conference based on it respectively.

Ramesh said his remarks were based on a news article and added that "some independent verification of the facts may have been in order". Additional Chief Metropolitan Magistrate Sachin Gupta heard the matter and closed the case against the Congress leader after Doval accepted the apology. The case, however, will continue against the magazine.

In his statement made before the court, Ramesh said, "I want to clarify that these statements or accusations were made drawing conclusions from an article that was published the previous day in The Caravan magazine. As the case progressed, I realised that perhaps some independent verification may have been in order." "However, the general elections were close and the questions raised in the article seemed appropriate for being highlighted in making certain insinuations against you (Vivek) and your family.

"Thus, I would like to offer my apologies to you and your family for any hurt the statements may have caused. I would also urge the INC to remove the press conference available on their website," the former Union minister said.

Doval had claimed that the allegations levelled by the magazine and later, repeated by Ramesh at a press conference were baseless and false, and damaged his reputation in the eyes of his family members and professional colleagues.

In his complaint, Doval had said the magazine and Ramesh attempted to "deliberately malign and defame" him to "settle scores" with his father. The Caravan, in an online write-up titled "The D Companies", had said Vivek Doval "runs a hedge fund in the Cayman Islands", which is "an established tax haven", and it was "registered merely 13 days after Prime Minister Narendra Modi''s government demonetised all existing Rs 500 and Rs 1,000 currency notes in 2016".

According to the complaint, Ramesh had held a press conference, reiterating the "baseless and unfounded facts" as narrated in the article. Doval had alleged that the contents of the article presented "no illegality" on his part, but the entire narration was presented in a manner that suggested "wrongdoings" to the readers.

With regard to Ramesh, the complaint said the press conference addressed by the Congress leader went "beyond the mere narration in the article" and that he was already geared and armed to launch an attack, "merely waiting for the publication of the article", which could then provide a "smokescreen to the otherwise targeted and deliberate attack on the reputation of the complainant and his family".