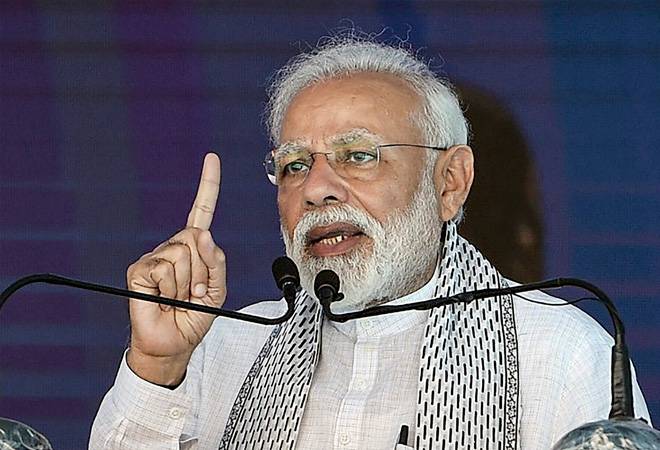 Prime Minister Narendra Modi assured that Jammu and Kashmir and Ladakh will be developed as per the aspirations and ambitions of the local people. In an exclusive interview with news agency IANS on completion 75 days of Modi government's second tenure, the Prime Minister likened Article 370 and Article 35(A) to chains that have now been broken, and the people in the region "will now shape their own destiny".

Both Houses of the Parliament had approved the J&K Reorganisation Bill earlier this month to bifurcate the northernmost state of India into two union territories - Jammu and Kashmir being one, and Ladakh being another. Carving up the state revoked Article 370 which gave special status to the state.

"My sisters and brothers of Jammu, Kashmir and Ladakh always wanted a better future for them, but Article 370 did not enable it. There was injustice against women and children, ST as well as SC communities. And, most importantly, the innovative zeal of the people of Jammu, Kashmir and Ladakh was not harnessed. Now, from BPOs to start-ups, from food processing to tourism, many industries can avail of investment and create opportunities for the local youth. Education and skill development will also bloom," PM Modi said during the interview.

"It is now clear to everyone how Articles 370 and 35(A) fully isolated Jammu, Kashmir and Ladakh. The status quo of seven long decades clearly could not fulfil people's aspirations. Citizens were kept away from the fruits of development. The greatest casualty was the lack of any proper economic avenues to increase earnings. Our approach is different -- instead of the vicious cycle of poverty, the people need more economic opportunities. For years, intimidation ruled the roost. Let us now give development a chance," he further added.

On the question of opposition to revocation of articles 370 and 35(A), PM Modi said that the critics of the move have no argument to defend their stance. "And, these are the same people who are used to protesting when it comes to anything that helps common people," he further said.

Over concerns being raised over democracy in Jammu and Kashmir, PM Modi referred to the enthusiastic turnout for Panchayat elections in November and December of 2018. "Now, I have requested the Honourable Governor to work towards organising Block Panchayat elections too. Recently, the Jammu and Kashmir administration did the 'Back to Village' programme, where the entire government machinery went to the people instead of vice versa. They went just to mitigate people's problems. The common citizens appreciated the programme. The results of these efforts are for all to see. Swachh Bharat, rural electrification and other such initiatives are reaching the grassroots. This is what democracy truly is," said the Prime Minister.