Singh will be visiting Srinagar Friday to take stock of the situation in the wake of the attack on the convoy that killed at least 39 CRPF personnel. 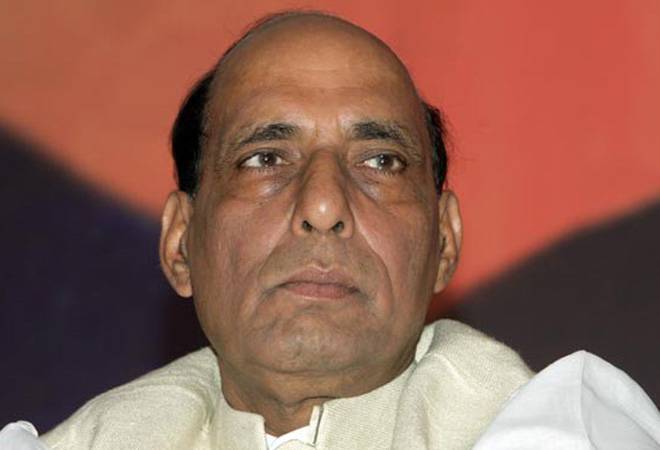 Home Minister Rajnath Singh Thursday assured the people of the country that the terror attack on a CRPF bus in Jammu and Kashmir, carried out by Pakistan-sponsored Jaish-e-Mohammed, will be avenged.

In a statement, he said the central government is determined to foil the designs of those who want to disrupt peace through such a terror attack "sponsored and sheltered by Pakistan".

"Jaish-e-Mohammed has carried out this terror attack. We assure the country that we will undertake whatever it takes to avenge this," he said.

Singh will be visiting Srinagar Friday to take stock of the situation in the wake of the attack on the convoy that killed at least 39 CRPF personnel.

Singh has cancelled all his political engagements in Bihar Friday.

In a tweet, Singh said, "Today's dastardly attack on CRPF in Pulwama (J&K) is extremely painful and disturbing. I bow to each and every CRPF jawan who has sacrificed his life in service to the nation. I pray for the speedy recovery of the injured."

The home ministry is also closely monitoring the situation in Jammu and Kashmir, which is currently under the President's rule.

The Cabinet Committee on Security (CCS), headed by Prime Minister Narendra Modi may meet on Friday to take stock of the situation in Jammu and Kashmir.

At least 39 CRPF personnel were killed in Pulwama when the Jaish-e-Mohammed terrorist rammed an explosives-laden vehicle into the bus they were travelling in.

This is one of the worst terror strikes in the state since the Uri attack in 2016.