Just one day left to link Aadhar with PAN: Here's how you can do it to file tax returns

Just a day remains before you can link Aadhar with your PAN card. If you don't do it, your PAN card will technically become invalid from July 1. 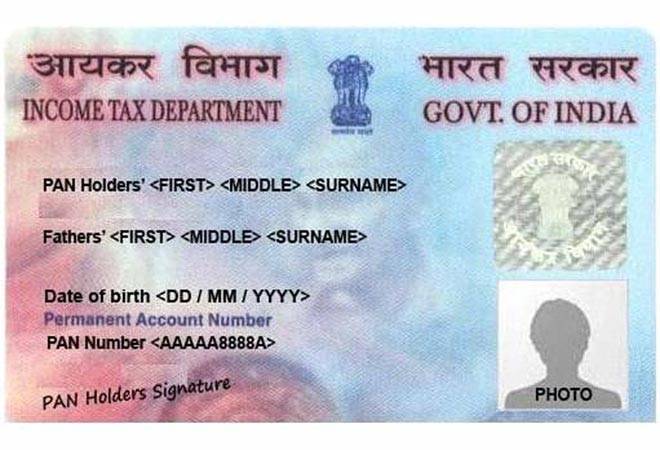 Just a day remains before you can link Aadhar with your PAN card . If you don't do it, your PAN card will technically become invalid from July 1. Despite concerns over the security of Aadhar Cards, Prime Minister Narendra Modi-led BJP government has stuck by its decision to make Aadhar mandatory. Not just the PAN Card, the government also recently announced that all bank accounts must be linked to Aadhar Cards by the end of this year. The government's decision to make Aadhar mandatory for most purposes means owning an Aadhar is no longer a matter of choice for citizens. The Supreme Court had upheld the law linking Aadhar with Pan Card for filing of income tax returns, but also, vaguely enough, imposed a "partial stay" on its implementation.

Since there is not a lot of time left for you to link Aadhar with PAN. Here's how can do it:

Enter log-in ID, password and date of birth After logging in, go to your profile setting which has the option of linking your Aadhaar Card. Generally, a pop-up window appears, prompting you to link your PAN card with Aadhaar card. Check if the details such as name, date of birth and gender appearing on screen match with those on your Aadhaar card. Enter your Aadhaar card number and click on the 'link now' button. If details on both the cards match, your card will be linked instantly.

The government had Through had set July 1 as the deadline to link one's PAN with the Aadhaar number. Failing to do so may lead to invalidation of your PAN card. If that happens, your PAN card will cease to serve as an identity proof, debarring you from transactions that cannot be carried out without quoting PAN. For instance, you may not be able to file your tax returns this year, since quoting Aadhaar and PAN numbers has been made compulsory. Similarly, without a valid PAN card, buying property worth more than Rs 10 lakh will not be permissible. The list is long.

PAN is a 10-digit alphanumeric number issued by the Income Tax Department used for tracking financial transactions, including big spending. Aadhaar is a 12-digit number code issued by the Unique Identification Authority of India (UIDAI), used for establishing identity on the basis of demographic and biometric information. The main purpose is to create a unique, universal identity for Indian citizens that would negate the need for different documents to avail of certain services. It serves as both identity and address proof anywhere in India. It is a step ahead of other identity proofs, such as voting ID card, passport and driving licence, because every Aadhaar card is linked to an individual's biometrics. However, it is far from being perfect. There have been reports of Aadhaar being pilfered.