Addressing the Delhi Assembly, the Chief Minister also alleged the laws have been made for 'electoral funding of the BJP and not the farmers' 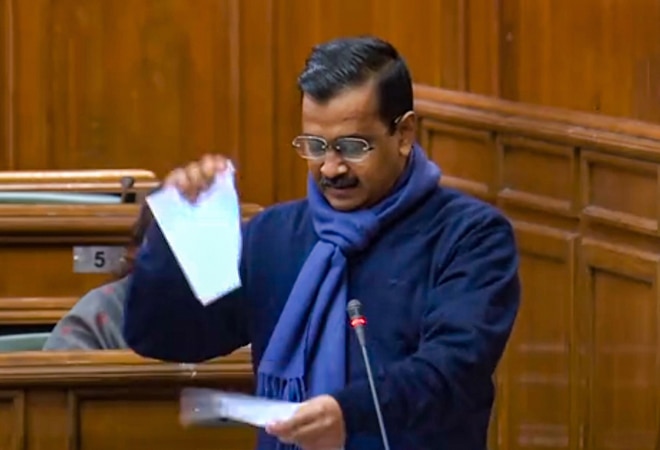 The Delhi Assembly on Thursday passed a resolution against the Centre's three new agriculture laws with Chief Minister Arvind Kejriwal tearing up their copies, saying he cannot betray the farmers of the country.

Addressing the Delhi Assembly, the chief minister also alleged the laws have been made for "electoral funding of the BJP and not the farmers".

"I am pained that I have to do this. I did not intend to, but I cannot betray the farmers of my country who have been sleeping on the streets in the cold when the temperature is just 2 degrees Celsius, Kejriwal said, while tearing up the copies of the three laws. I am a citizen of this country first, a chief minister later. This assembly rejects the three laws and appeals to the central government to meet the demands of the farmers," he said.

Kejriwal further said 20 protesting farmers have died so far and asked the Centre when it will "wake up".

He said the Centre should not be under the impression that the farmers camping at the protest sites will simply return to their homes, adding that in 1907, a farmers' protest continued for nine months till the British rulers repealed some laws.

When asked about the benefit of the laws, every BJP leader says farmers can sell their produce anywhere in the country But where should farmers go to sell their crop at minimum support price (MSP)? the CM asked.

He also claimed that due to the three new laws "big capitalists will sell produce at a higher price", which will lead to price rise.

After the assembly passed the resolution by voice vote, AAP MLAs trooped into the well of the House, tore off copies of the laws and raised slogans demanding that the government repeal them.

When the House reconvened, the AAP MLAs again gathered in its well, following which proceedings were adjourned till 11 am on Friday.