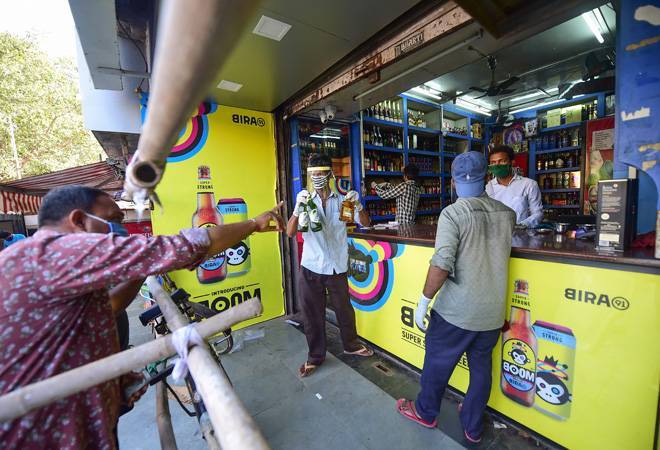 Kerala government has launched BevQ, an online liquor queue management and token generator service provider app, to facilitate over-the-counter sale of liquor in the state during the coronavirus lockdown. Over two lakh people have downloaded the BevQ mobile app within hours of its release on Google Play Store.

Developed by a Kochi-based startup Faircode Technologies Private Limited, the objective of this beverages app is to help in managing the queues virtually and to avoid overcrowding at the liquor stores in Kerala. In order to maintain the social distancing, this app will help users book a queue number and token for assuring a spot in the queue in the specified time slot.

Liquor sales in Kerala resumed on Thursday for the first time since the nationwide coronavirus lockdown came into effect in March.

The state government has permitted 301 outlets under the Kerala State Beverages Corporation (BEVCO), along with 576 bars, and 291 beer and wine parlours. The liquor stores will remain open from 9:00 am to 5:00 pm. Buyers will have to register on the BevQ app for buying alcohol in the state, similar to the e-token arrangement earlier adopted by Delhi government.

Also Read: BevQ app crosses 1 lakh downloads hours after releasing: Here is why you need the app to buy liquor

The BevQ mobile application is available for Android users, it is not clear whether the iOS users will get the app or not.

Here's how to book a time slot on BevQ app to buy liquor in Kerala:

However, soon after the app gained popularity, many users questioned the quality of the app on Twitter. They complained that despite repeated attempts they did not receive the OTP from the company. Another user wrote that the app doesn't have an option to choose a time slot.

Estimated GDP growth for FY20 at 4% amid worsening indicators

Lockdown 5.0: Centre seeks suggestions from states, UTs by May 30