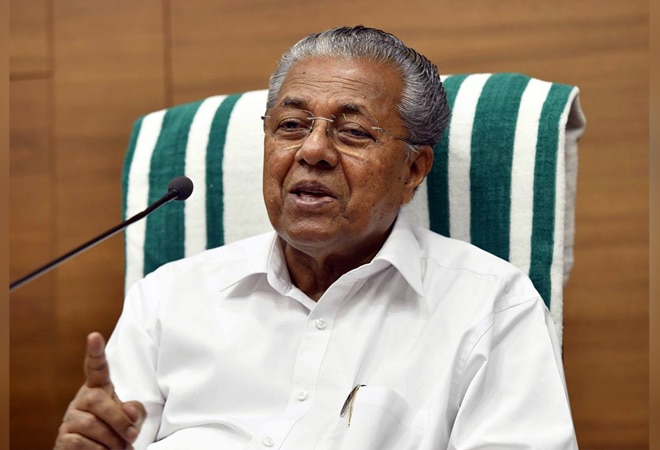 Opposition parties have slammed the amendment (Section 118-A), saying it was against freedom of speech and the press.

The Kerala government has put on hold the implementation of the controversial amendment to the state Police Act on Monday after facing a huge backlash from civil society, and opposition.

Kerala Chief Minister Pinarayi Vijayan gave a clarification on the new law saying a detailed discussion will be held in the state assembly before the implementation of the amended Police Act.

"We are not intending to implement the amended Kerala Police Act. A detailed discussion will be held in the state assembly in this regard and further steps will be taken after hearing views from various quarters," he said in a statement.

Last month, the Kerala cabinet recommended the addition of Section 118-A to the Police Act. Section 118-A says that " Whoever makes, expresses, publishes or disseminates through any kind of mode of communication, any matter or subject for threatening, abusing, humiliating or defaming a person or class of persons, knowing it to be a false ad that causes injury to the mind, reputation or property of such person or class of persons or any other person in whom they have an interest, shall on conviction, be punished with imprisonment for a term which may extend to three years or fine which may extend to ten thousand rupees or with both".

Opposition parties have slammed the amendment (Section 118-A), brought through an ordinance, providing for imprisonment up to five years to those making defamatory social media posts, saying it was against freedom of speech and the press.

The CPI(M)-led Left Democratic Government in Kerala cited the high court judgment to make the amendment. In the case of Sreeja Prasad vs State of Kerala, 2020, the state HC observed that "It is the duty of the state to maintain public order. Moreover, as per the existing penal law itself, such culprits can be booked, for which the state police should be vigilant".

India net exporter of agri-machinery equipment to some advanced countries