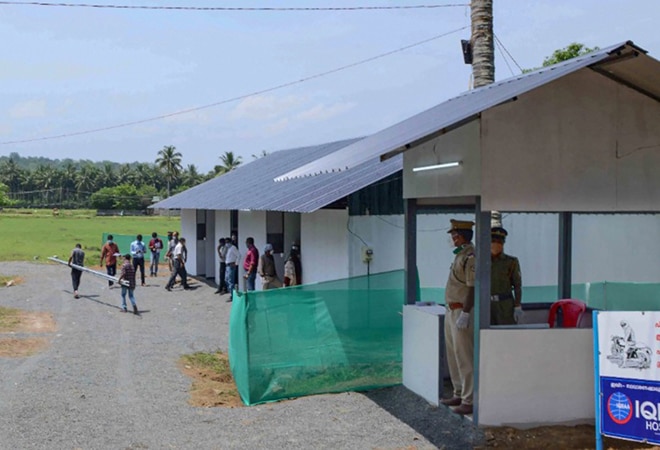 Last week, Kerala's COVID-19 cases crossed two lakh-mark. It is the ninth state in India to have reported over two lakh cases

Last week, the state's COVID-19 crossed two lakh-mark. It is the ninth state in India to have reported over two lakh cases. The total infection count climbed to 2,40,799 as of Tuesday.

Kerala Chief Minister Pinarayi Vijayan had earlier said that death rates could rise and the state cannot be negligent in adhering to the stringent COVID-19 protocols.

Last month, the Indian Medical Association requested Vijayan to declare health emergency in the state. IMA also demanded that COVID-19 testing should be increased in the state.

Health experts, including Kerala Health Minister KK Shailaja, have said that next few weeks will be crucial for the state because it is facing severe demographic challenges, infrastructure challenges and people's lifestyles.

Kerala has a high population density within a square kilometre and its senior citizen population is up to 14 per cent of the total population.

In a report in LiveMint, Shailaja said Kerala took stringent action during the first wave of the pandemic in the state. In June, Shailaja, was honoured by the United Nations for her efforts to fight the pandemic.

However, there was huge laxity from public during the Onam festival (in August-September), which led to a surge in coronavirus cases, she added.

Recently,  the Kerala government invoked Section 144 of India's penal code, banning the assembly of more than five people across the state for the entire October.

The minister revealed the government is planning 'Grand Care' programmme under which Anganawadi and Kudumbasree workers will go and check up on the senior citizens regularly.

Meanwhile, India's coronavirus cases have surged to 66,85,082. The country's death toll mounted to 103,569. The number of active cases, which shows a country's disease burden nationally, stands at 9,19,023. India has for two straight weeks recorded less than 1 million active cases.