No, khichdi is not going to be the National Dish, says Union Minister Harsimrat Kaur Badal

After rumours about khichdi being declared as the National Dish started making the rounds on social media, foodies were left flustered. 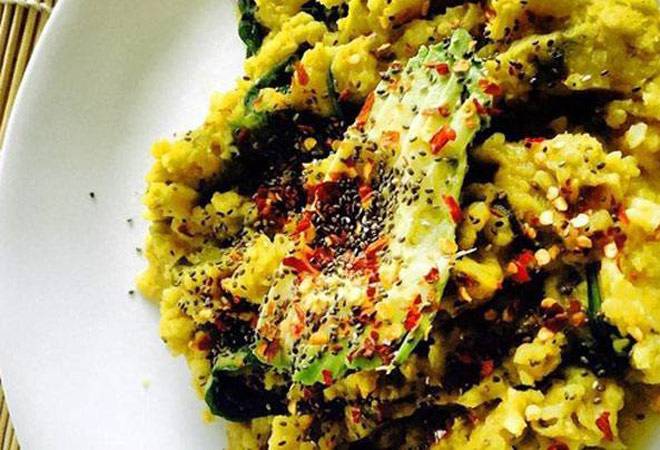 After rumours about khichdi being declared as the National Dish started making the rounds on social media, foodies were left flustered. 'What about biryani?', 'Do we now have to stand and sing the National Anthem every time we have khichdi?' were some of the more common concerns. So, Union Cabinet Minister of Food Processing, Harsimrat Kaur Badal, herself swept in to dispel the rumours. She clarified that khichdi is not being declared the National Dish but is only set to make a record.

According to reports around 800 kg of khichdi will be prepared on November 4 at the World Food India 2017 but none other than celebrity chef and entrepreneur, Sanjeev Kapoor. The event will demonstrate India's capability in food processing and allied sectors. It will also connect domestic and international businesses for possible partnerships, collaborations and investments.

A 1,000 litre kadhai of 7 ft in diameter will be used to slow cook that whopping amount of khichdi. The khichdi will be served to 60,000 orphan children and the guests present at the event.

But why khichdi? At the curtain raiser event, Badal told reporters, "Khichdi is the wonder staple food of India and is considered the healthiest prepared food in India and it is being eaten across length and breadth of India by rich and poor. " The minister further added that khichdi symbolises India's great culture of unity in diversity at its best, which is why it has been chosen as Brand India Food.

More than 40 countries and 27 state governments are participating in the World Food India event. The event that will start on November 3 will have Germany, Denmark and Japan as partner countries with Italy and the Netherlands as the focus countries.

Speaking during the curtain raiser of the event, Badal said, "Huge investment has been committed in the food processing sector because of transformation measures taken in the last three years and improvement in the ease of doing business." Already Rs 65,000 crore in investments have been committed in the food processing sector, out of which 40 per cent is committed by domestic players like ITC. The government believes that the World Food India would fetch more investments during the event, which will add more than 10 lakh jobs in the country.

A portal called Nivesh Bandhu has been designed for the benefit of investors and will be unveiled by PM Modi at the event. A food regulatory portal will also be launched.

Pension regulator increases entry age limit in NPS to 65; know all the rules