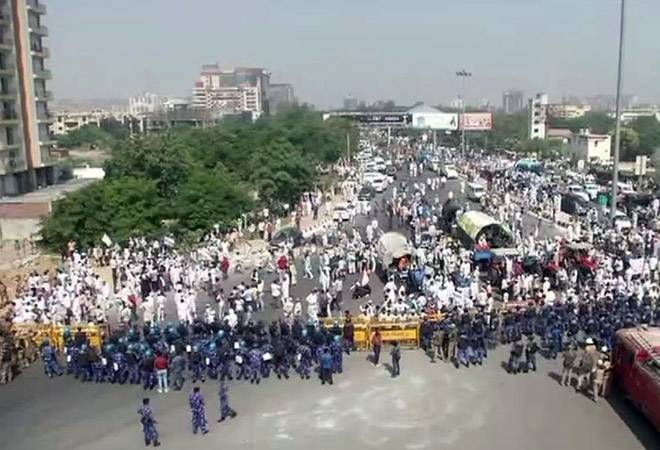 Farmers marching towards Delhi as part of the Bharatiya Kisan Union's (BKU) protest call over demands ranging from farm loan waiver to cut in fuel prices, were stopped at the Delhi-Uttar Pradesh border. Police also used water cannons to disperse them.

On Tuesday, farmers, riding tractors and trolleys, broke barricades of the UP Police and started proceeding towards the barricades put up by the Delhi Police, a senior police officer said.

The city police had imposed prohibitory orders in East and Northeast Delhi, anticipating law and order problems as thousands of BKU members march from Haridwar on Monday to reach the national capital the following day.

In East Delhi, the prohibitory orders issued by Deputy Commissioner of Police (East) Pankaj Singh under Section 144 of the Criminal Procedure Code, will be in force until October 8.

In Northeast Delhi, the prohibitory orders were issued by Deputy Commissioner of Police (Northeast) Atul Kumar Thakur and will be in force till October 4.